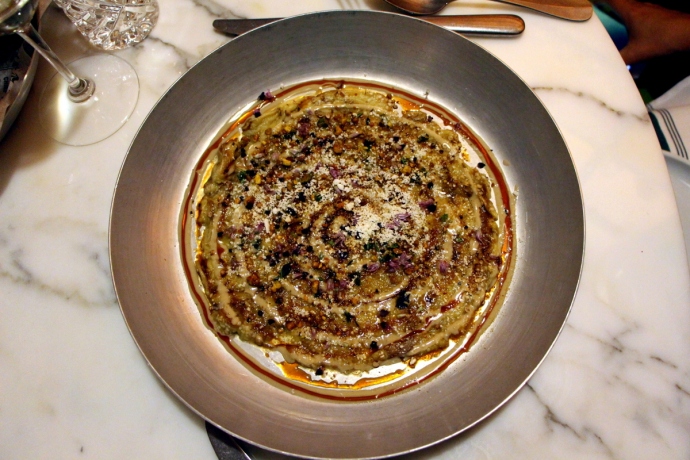 Lobster Fra Diavolo at Nishi.  A beautiful mammoth mess consisting of 1.5 lb flash fried salt and pepper coated lobster on a bed of garlic, chili and XO infused spaghettoni (emphasis on the chili).  Lobster comes cracked and ready to easily fish out perfectly cooked meat, while the escaped crunchy Tempura flakes adds some texture to the pasta.  Its a $62 triumph. 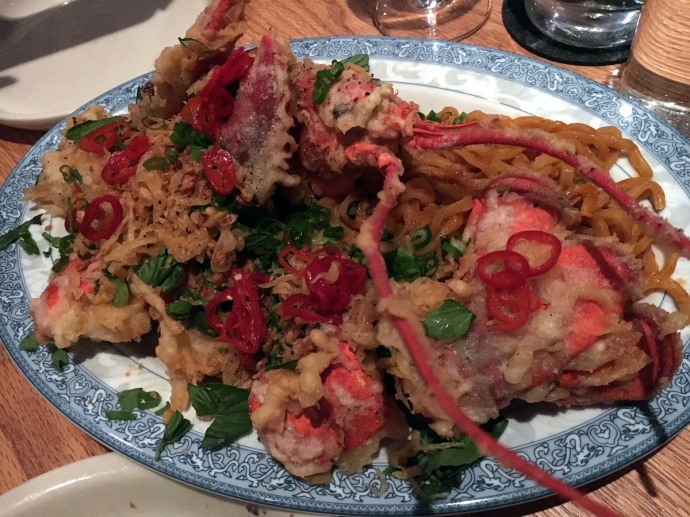 Chicken Paitan at Ivan Ramen – Not the Ramen that made Ivan famous, but the one that may convert the nonfans.  The richness and deliciousness of a Tonkotsu without the heaviness that follows sometimes.  The only dish other than the classics that broke the rule and became available in both Ivan Ramen locations.

Chengdu Fish Fillet With Pickle Vegetable at Legend of Taste – A spice loving family of 4 can easily share this outrageously delicious Szechuan soup.  I shared it with 6 and 4 in different visits.  Plenty of flaky flounder and chewy Enoki Mushroom.  Pleasant heat sneak up at you.  Even good an hour later when it cools down.  Only problem with this legend is that its in Whitestone, Queens. 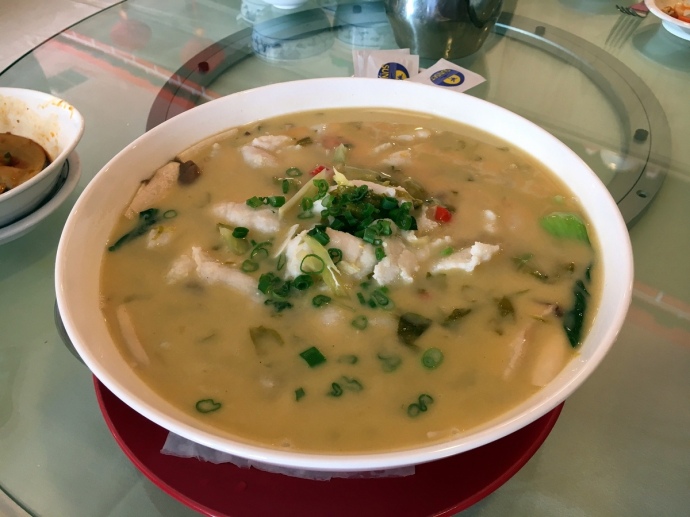 Smoked Goat Neck at Ducks Eatery – A revelation of sorts.  Dont know why it took me so long to try it.  It may sound like something that is not everyone’s cup of goat, but once you see what goes into this dish, it may be hard to resist.  It redefines tenderness, succulence, and simply outstanding all around.  The only restaurant in NYC that serves this dish.

Skate Wing at Gloria – Very few things in life can be as satisfying as a well cooked Skate.  Seems like once a year or so these days I score a good one.  At Gloria the skate is simply seared with butter and sprinkled with magic dust.  Opened by two Contra alumni, Gloria is the best thing that opened in Hell’s Kitchen since Gotham West Market.

Eggplant Carpaccio at Nur (top)– Maybe the best looking dish out of the bunch, and the only vegetarian this time.  Like a Baba Ganoush gone wild.  Smoky, creamy, crunchy at times, and something you just want to “Scarpetta” the heck out of.  Not every spoonful is the same.  Chef Meir Adoni is sort of a legend in Israel opening his first in NYC, and just knows how to handle those veggies.

Snow Crab in Chinese Restaurant at Pinch Chinese – This is one of those dishes that you continue to think about months later, sometimes even at inappropriate moments.  Glass noodles with heaps of crab, dressed with an outrageously delicious fermented bean sauce with chilies and scallions.  The crab was plentiful but almost plays second fiddle to the noodles with sauce.  Pinch is an underrated gem in Soho

Sizzling Sisig at Pig and Khao – East Village and Lower East Side is slowly transforming into Sisigville (pig’s face parts come sizzling and topped with egg yolk).  And the best Sisig I had is at this Filipino inspired celebrity chef Leah Cohen’s flagship.  Very nice depth, flavor packed, and not as strong tasting as other Sisigs.  No additional sauce needed for this one.

Laab Ped Udon at Ugly Baby – Maybe the best thing to open this year is this fiery Brooklyn Thai from an old Brooklyn friend.  And this larby Duck Salad is one of the classics early on.  Complex, addictive heat, and unlike any Larb or larb-like salad you will ever have.  Spice level is fairly high in all dishes here, but in particular in those that have words like “Spicy” in the description. 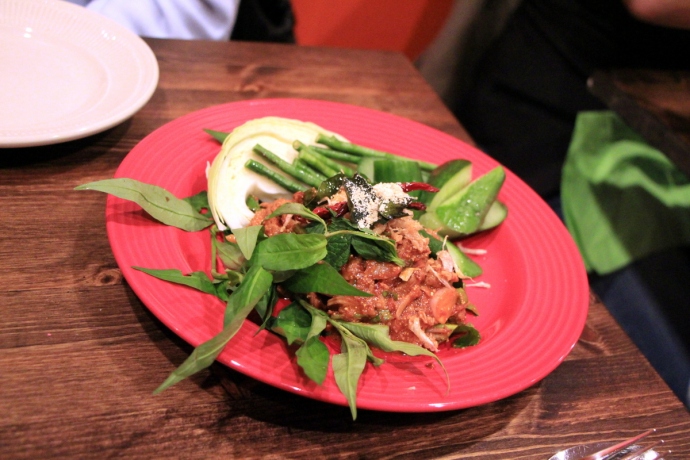 Fromage Blanc Island “Cheese Cake” at Chikalicious Dessert Bar – Best dessert I’ve had this year came from an oldie but goodie.  Its delicate, elegant, and super light.  Like delicious fresh cheese mixed with cloud.  Its worth just going in order to meet the master Chika Tillman herself.  But if this dessert scene is a little foofoo for you, try the faster Dessert Club across the street and go for the Nutty Professor ice cream. 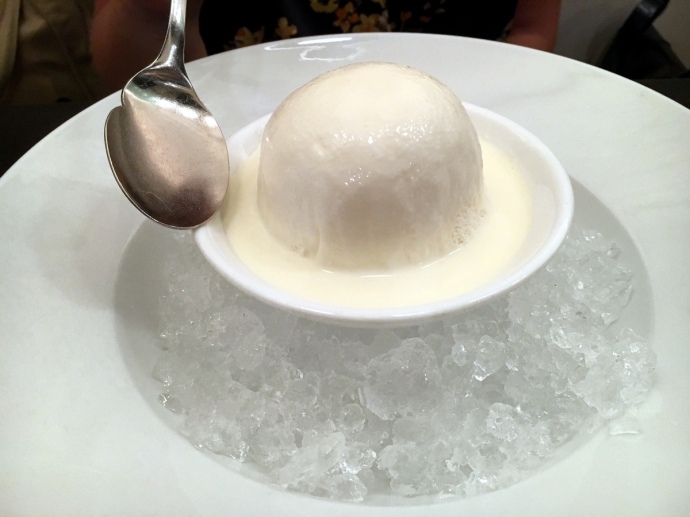 Happy and Healthy New Year to all my readers and all the fun people I met over the year.  Thanks for a great 2017!