Another fun eating trip on the island we call Providenciales.  The weather was a mixed bag of sun, clouds, wind and seaweed.  An island version of Guess is in the works, where you try to guess which hotel got the seaweed this morning.  February may not be the best month to experience Grace Bay at her best, but its the best month to escape the Gotham frozen tundra, among many other reasons.  We are back rejuvenated, even if a little bruised.  The seas were angry for much of the week, and the palapas were just standing there.  “Why the scar?  Did you belong to a gang?  Tough childhood? ”  “Nope.  Ran into a  a palapa”.

As I stated in the past I dont write negative reviews for various reasons.  One of which is the increased cost of Krav Maga trained body guards these days (my depandant duo unexpectedly quit last month).  However, since this is just a harmless not so Google friendly recap, I offer a rare glimpse of the good and the ungood…

Kalooki’s – The new kid on the Blue Hills block produced mixed results overall.  A mature, promising feel, friendly knowledgeable service in an inviting location by the water.  Lemongrass Seafood Chowda was the New England creamy kind, good but forgettable once compared to other chowders we had later on.  The cod fritters were like thin plain latkes that Jewish moms throw out because they didn’t come out as the other latkes.  Jerk Chicken and Ribs were missing that oomph that Sailing Paradise used to deliver just down the road.  Whole fried Snapper was a little over fried, but manageable with good flavor.  No comparison however to what they do with it in Bugaloos.  Not terrible by any means, but there’s plenty of room for growth.

Caicos Cafe – More of the same from our old fave after two more meals.  CC continues to hit on all cylinders, and chef Mad Max shows he still got tricks up his sleeve.  A food recap here may result in a dangerously long and tedious paragraph, so instead I will offer you these suggestions.  Pay close attention to the right side of the menu, the left side, and the specials insert page in between.  What I’m trying to say is over the years we pretty much had every single item on the menu, and the hits keep coming.  I will try to write a more detailed post about some of our favorites soon

Le Bouchon – Another must for us at this island institution.  They should really name a street after them, or a village at Beaches…  “Le Bouchon du Village” or something.  Julian and papa continue to fill the chalkboard with all sorts of French inspired goodies.  The classics continue to shine, including the always delightful Escargot.  More than worthy of garlic breath Mrs Z.  We love the soups here (conch chowder and black bean soup) especially on those cold winter nights when the temps dip from 82 to 80.  The great Steak au Poivre is still the main draw, while the grouper, and lobster were expertly grilled as expected.

Lupo – This is becoming a regular lunch spot for us.  I don’t see Lupo as an Italian restaurant, but more of a fun sidewalk café with an Italian inspired menu.  The smoky lettuce continues to be a favorite, the refreshing caprese continues to refresh, but the bulky Arancini, oozing with deliciousness, stole the show early.  The basic flatbread pizza filled one void, and the Orecchiette filled another.  Desserts are always good here, especially the top notch Tiramisu

Crackpot Kitchen – Dubbed Crackpot-hole Kitchen by me on the message boards.  On the way to this closest middle of nowhere establishment you essentially need to maneuver between a bunch of potholes, a can of coke, and three kittens.  I wasn’t sure what to expect from this place which came out of the gate rather strong.  But we liked it enough to return and recommend.  The conch fritters (more like kebabs) were different and quite good.  The lobster salad was essentially a crab salad gone wild.  The conch salad was fruitier and zestier than the norm.  The ribs were of the wet and flavorful variety, and the goat curry was that island goat curry we know and love.  The glaring big miss was the grilled lobster, a dry overcooked mess.  But we’ll be back for sure for more

Caravel – Brand spanking new, in place of Sora which closed last year.  The funky Japanese lights remain intact which gives the place a rather strange look, and the ice cream-like name doesnt help.  But the few items we tried by the former Mr Grouper’s chef were very promising.  In particular, the fish tacos; lightly fried to flaky perfection, inside toasty flower shaped tortilla shells.  Add the homemade hot sauce and you got perhaps the new fish tacos to beat.  The jerk chicken was another winner.  Its on the menu as a sandwich, but they can plate it.  Go!

Bugaloos – Another regular spot for us after a morning at Taylor Bay.  People enjoy the coconut cracked conch and the conch salad is always a winner, but we come here for the magnificent Sautéed Whole Snapper.   Gorgeously cooked with onions, bell peppers, thyme, garlic, and coconut milk producing this light sauce that compliments the fish well.  For the time being Bugaloos has replaced Las Brisas for us on the south side, but you still need to get to LB at least once to for the views.

Via Veneto – Broke my heart, Fredo style.  Not even Al Fredo could have saved these pastas.  Sadly not much worked on this particular night.  Between the bland Gnocchi with Shrimp, the Carbonara that got boring in a hurry, the stringy, chewy lobster with the linguine, and the pricey Fettuccine whose truffles lost their luster.  I was a fan after the first meal when they first opened, but I dont think we’ll be back.

Coyaba – After a long hiatus we decided it was time to revisit this old friend, and the result was a mixed bag overall.  Wine menu filled with 2010 Barolos all over $100 is the first clue about the price levels.  Lobster Bisque was still satisfying but the creamy Gnocchi got even creamier.  The Thermidor was still good, but felt heavy sooner than expected.  Same kind of heaviness was present in the Ravioli, while the lone shining star was the $60 Snapper for two. 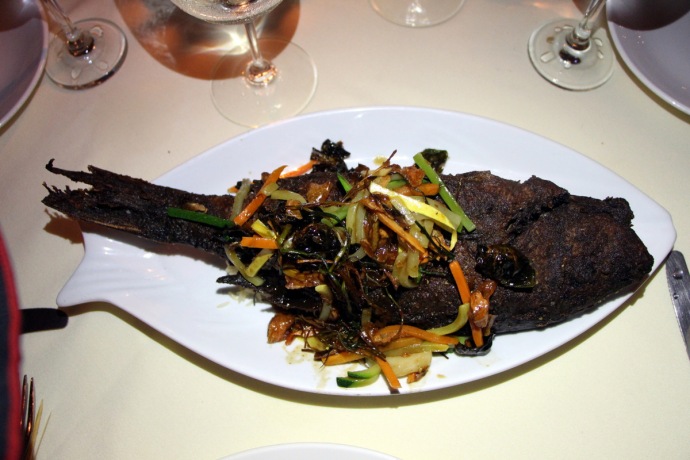 Flamingo’s – Another regular lunch spot for us.  Rum punches are strong, and the Curries Groupers are even stronger.  Don’t worry if the menu doesn’t mention them… “x Curried Groupers please” one for each person.  And if another item does some magic, like the jerk chicken did on this day, consider its a major bonus.

Seaside Café – A lunch and a dinner is now firmly part of the rotation.  The Blackened Fish Sandwich and the Peruvian Conch Salad are still the lunch musts, while the Tuna Sashimi and the Lobster Risotto are the staples for dinner.  New discoveries were the excellent Conch Chowder, and a Japanese style Salmon that was the topic of conversation for the next few days (we really need new topics to talk about)

Hemingways – Only half of the family made it here this time, for the great fish and chips and fish tacos fix.  Nothing changed.

Sweet T’s – Still the best deal in town.  On the way from the airport last time, on the way to the airport this time.  As you exit the Airport road, and start smelling that fried chicken, just follow the smell to the round pink building. 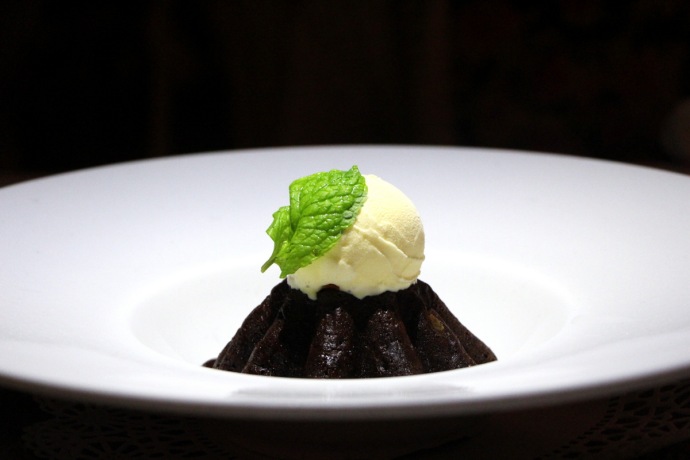