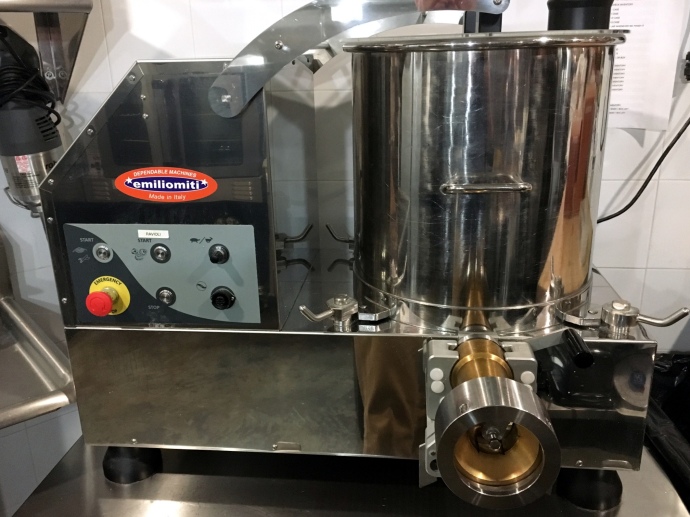 Although I made reservations at Ulivo a few weeks ago, it wasnt until the day before when I finally accepted the difficult fact that may change Xmas for us forever.  On this Xmas eve the Ziggy family will not eat Chinese food.  Shocking, I know.  It was mainly due to the following factors:  I’ve been blessing myself with way too much Chinese food as of late (I’ve been to the new Chaan Teng in Hell’s Kitchen three times in the past 2 weeks).  We havent had a big family Italian meal pretty much since Sicily (although I’ve been desperately trying to return to Lilia with no avail).

But the main reason for my visit is to finally have a proper meal at Mercato’s vivacious sister Ulivo.  I vowed to bring the family since I first tried it in the summer.  Besides, half a year after opening is the best time to go, after the establishment figures out what works and what doesnt.  This is also why I rather take 10 recent Yelp reviews as opposed to one NYT review two year ago, right after the place opened.

But Ulivo’s main focus from day uno, its bread and butter or EVOO if you will, is the stuff that comes out from the machine pictured above.  I got an Espresso Maker as a holiday gift which I appreciate dont get me wrong.  But I do have a special room in the house that I keep vacant for that one special something.  Its nicely decorated with a blue and sailor motif.  And when I show the house I often get a “Oh, is it for a future boy in your life”, “Kind of.  Its for my Pasta machine”.  I dubbed this one the Widow Maker because I know that would be the end of me (in a very good way) once I get my hands on one of these.  Its the creme de la creme of pasta machines.  So not surprisingly Ulivo’s 12 fresh and 2 dry pastas mask much of the menu.  Though the two dry ones are not exactly the forgotten Jonas brothers. 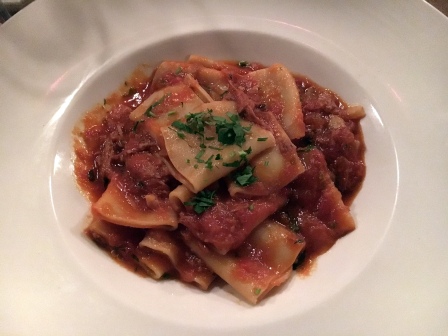 I know those guys.  I know them from my many visits to Mercato.  They dont look to sensationalize or wow with ingredient combinations that make the “Hot Lists” or Instagram.  Although they were close with the now more subdued pasta with crab.  They just want to continue making regional, mostly southern, dishes with the best ingredients possibly.  They dont just want to attract locals and visitors, but also Italian expats seeking homeland flavors.  They are not shy to incorporate some ingredients like Bottarga (fish roe) and anchovies that some may find too strong.  And as is the case in the south and the islands (Sicily, Sardinia), fresh tomato sauce is a key ingredient.  Here’s what we ate…

Potato and Prosciutto Croquettes, Arancini.  Special app that evening.  This was an excellent starter, in particular the croquettes.  What a difference some Prosciutto make.  A nice little ode to Sicilian street snacks 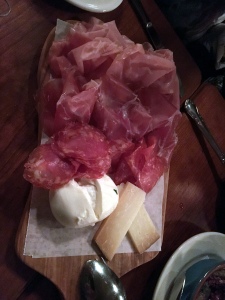 Salumi and Formaggi.  Solid all around.  Properly sliced Bolognese Mortadella. Culatello from Zibello which is not commonly found in NYC.  Sopressata without that Sopressata funk that I dislike sometimes.  Silky smooth Burrata, along with other aged cheeses that fill your mouth with nutty goodness.

Polpo – This is where things begin to get interesting.  What looked like an entire smallish Portuguese Octopus, lightly fried, bathed in an addictive spicy puree of Fava ‘nduja.

Busiate – One of the only places in NYC where you can find real Busiate imported from Sicily.  They keep it simple here just like in just about every Trattoria in Trapani.  Pesto made with almonds, fresh tomato, basil, and garlic.  Similar in a way to the Trenette in Mercato.  As much as I wish to see a more elaborate Busiate (eggplant, swordfish, pistachios, etc), I do get that its very hard to get the proper ingredient here, especially fresh swordfish.

Schiaffoni – This is the pasta with crab that made my best pasta list, although its a little more subdued now as its missing much of the crab. I had a feeling that may happen as eating it was a messy affair, but they may have other reasons.  You still have a few claws and the terrific crab flavor of the Paccheri-like pasta, but wife wasnt a fan.

Paccheri – A special that night with lamb ragu and tomatoes.  No complaints here.

Gnocchi – This is Ricotta Gnocchi.  Small, potent cubes topped with a veal Ragu. Full of flavor, just like the meaty Gnocchi in Mercato

Dessert – After a meal this rich, a nice proper Tiramisu fits the bill, and this version is as solid and light as it gets.  Though for something richer you may opt for the pictured Chocolaty Ricotta Tortino.

This is another solid option in the increasingly posh hotel district NoMad.  The main difference with this one is the lack of coverage which makes it easier to reserve even on a Saturday night.  This why you need Uncle Ziggy! 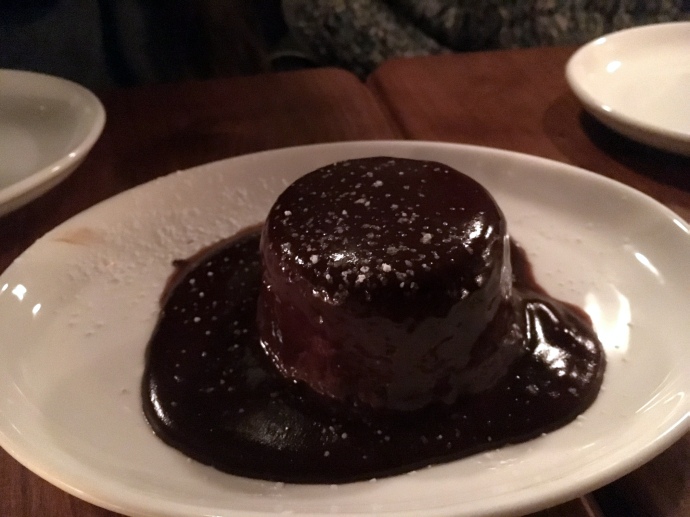