Posts Tagged With: Upper West Side

Walk in the Park Part 1 – Lunch at Salumeria Rosi 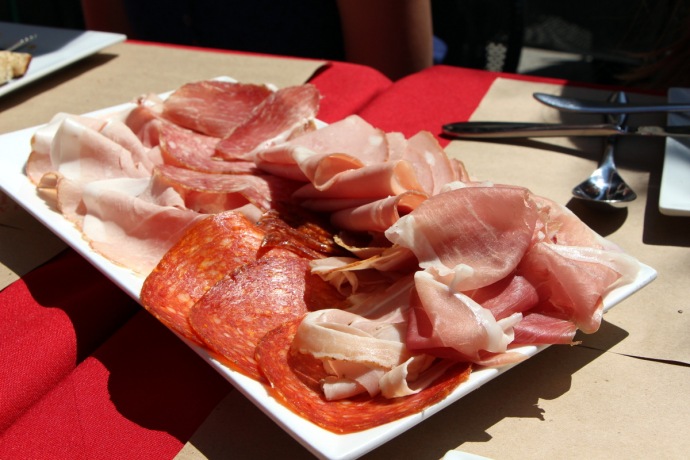 The first part of the “Walk in the Park” trilogy.  Not just any park – Central Park.  It was one of those great food days you can only have in NYC.  And in some parts of Jersey, Central Connecticut and Israel.  First stop is a visit to this guy’s place which included great food, an assassination attempt, and saving a tourist from bankruptcy and potentially messy divorce.

Cesare Casella who always smells of fresh Rosemary for some reason is quickly becoming a NYC culinary force to be reckoned with.  Not surprising from someone who took his parent’s restaurant outside of Lucca (one of the most magical cities we ever visited) and transformed it into a Michelin star celebrity magnet.  Now, two restaurants hugging Central Park from both sides are owned by Cesare and his partner Parmacotto, a cured meat producer from Parma.

Salumeria Rosi is not your average NYC Italian restaurant like a Maialino or a Mercato.  Its a Salumeria, where you can sample some top quality cured meats, pastas and other small plates consisting of high grade ingredients not normally available at a Trattoria near you.  Leave it to the guy with the fresh Rosemary in his shirt pocket…(hmm, that may explain the question above) 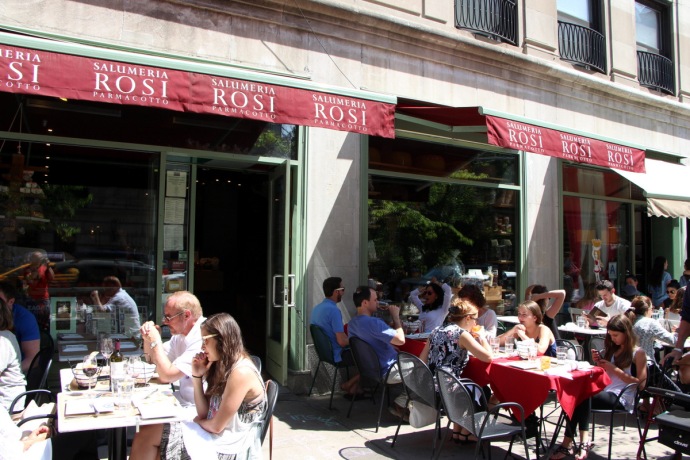 Caprese Salad – Fresh, refreshing.  Everything you expect from a Caprese

Salumi Board – As good as it gets in NYC (and we’ve had our share).  All my favorites minus Finnocchiona were featured on this board, so beautiful that it deserves 2 pictures.  Prosciutto di Parma, Mortadella from Bologna, Both sweet and spicy Soppressata, Coppa (like Prosciutto but from shoulder), Cotto (Cooked ham), and the red little things peeping out in the middle are Cacciatorino, small spicy hunter sausage.  We returned later on to buy more of these goodies for the kids school lunches.

Assassination Attempt – Midway through the meal we got splashed with water (I hope it was water) coming from the building on top of us (we were sitting outside btw).  It happened so quick that we didn’t know what hit us at first.  But it wasn’t too bad and more importantly NO SALUMI WERE HARMED in the process.  Although the kids were wondering if I wrote something bad about someone who lives in this building.  Pretty sure this was coincidental

Amatriciana – This was an excellent rendition of the Roman classic featuring mini Rigatoni with a blend of various meats, tomatoes and onions.  Nicely done red sauce dish. 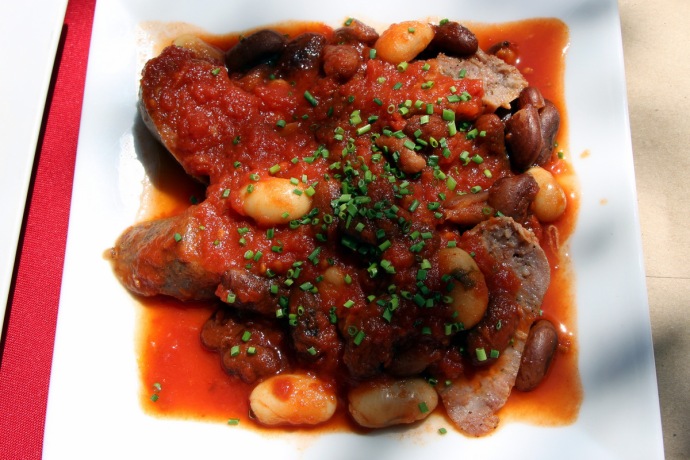 Lasagna – A very good Bologna style lasagna with pork and beef ragu, and béchamel sauce.  The only issue I had with it, it was on the small side and not very shareable for the four of us
Saving  Marriage – I noticed a couple riding Citi bikes parked in front of the restaurant and stayed for a few drinks.  I jokingly said something like “that’s a lot of overtime” and to my surprise they said not to worry, they have a 24 hour pass.  I tried to explain that it doesn’t mean that they can keep the bikes for 24 hours straight which they didn’t believe at first but most likely got the idea eventually
Salsiccia (above)- Maybe our favorite dish here.  Tender, flavor packed house made pork sausage with heirloom beans and tomatoes.  After struggling to find top quality beans in NYC, Cesare took action and started growing them himself in Italy.
Costina – Wasn’t blown away by this.  Room temperature two pork spare ribs slow-cooked with tomatoes, rosemary and garlic.  Much prefer the sausage dish.
Overall a very good lunch and a very good start to our day.  Bravo Cesare!
Salumeria Rosi
283 Amsterdam Ave
$$$
Recommended Dishes:  Salumi Board, Amatriciana, Salsiccia, Lasagna 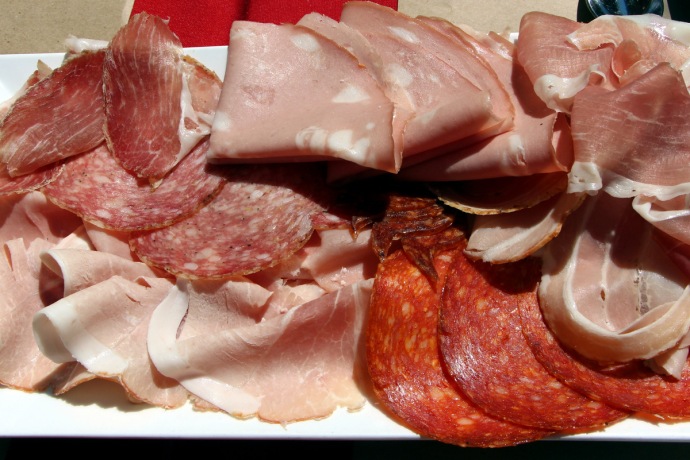 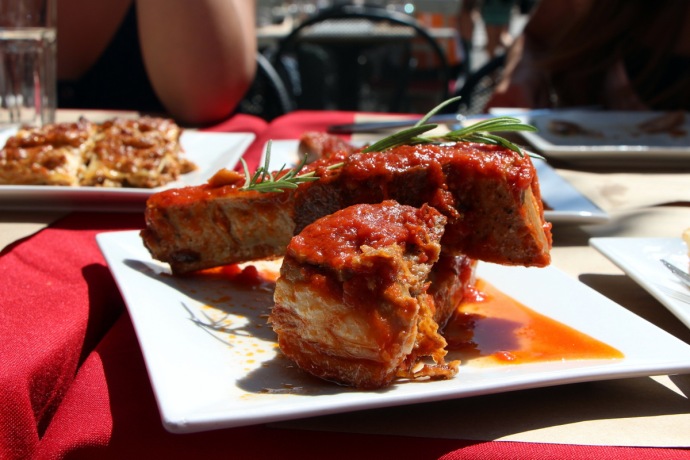 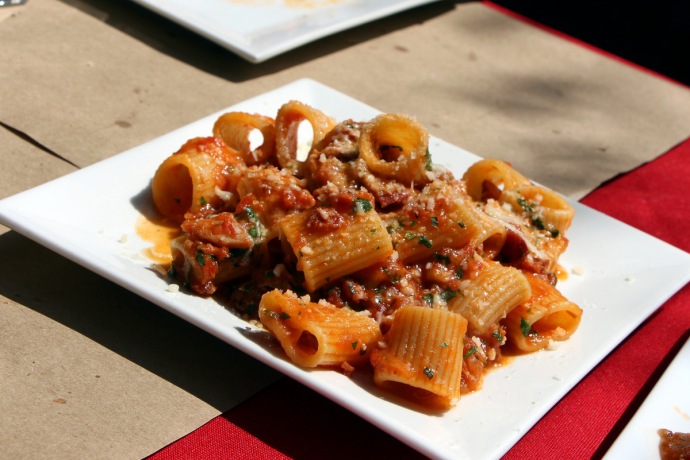