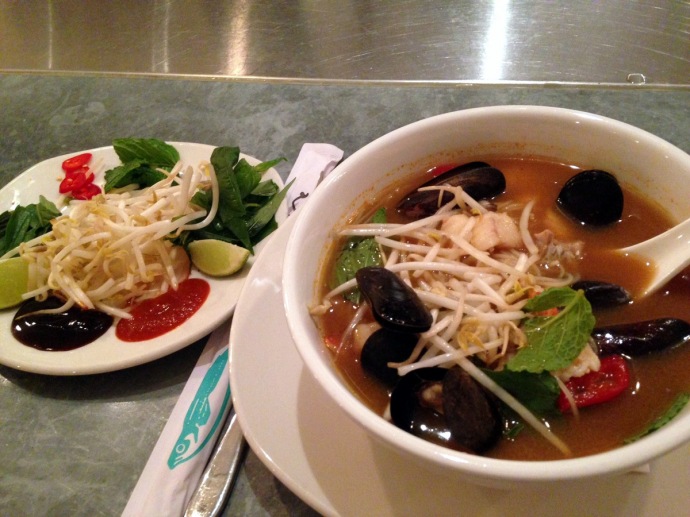 It hit me, like the sharp dressed man, missing a step, stumbling on the steps of the subway today, that I havent been to Chelsea Market since spring.

But lets stay with the stumbler for just a minute.  Have you ever stumbled while walking and decided that its the perfect opportunity to start jogging so to avoid the embarrassment of stumbling.  That doesnt work very well sometimes, especially if you are wearing heels, or a suit.  The frontal balding stumbler this morning, wearing a sharp black suit, holding a suitcase in one hand and a bag in the other, stumbled on the next to last step coming off the subway into street level.  But he’s waaaay to proud to stumble.  The folks behind him, me included watched in horror as he tries to regain his balance by stumbling and pretty much jogging his way into a full blown puddle after refusing to go down initially.  I admire the baldy’s perseverance and technique but a quick fall would have been far more graceful.  His entire right leg along with the $800 Salvatore Ferragamo shoes was inside a puddle on a beautiful sunny day.  I dont know about you but this is why I go to work.

I also go to work to eat, and this week has proven very interesting so far.  I came to Cull & Pistol looking for more Uni Tagliatelle (below) but instead I got back to back visits eating some of the best Banh Mi and Pho I’ve had in NYC.  Introduced just this Friday as part of a new Fall menu.

Swordfish sandwich was simply outstanding.  Hoisin glazed, moist, meaty Swordish, pickled carrots, ginger aioli in a nice warm baguette.  Swordish is a tough fish, and I normally try to avoid after having one too many dry ones.  But this preparation nailed it. 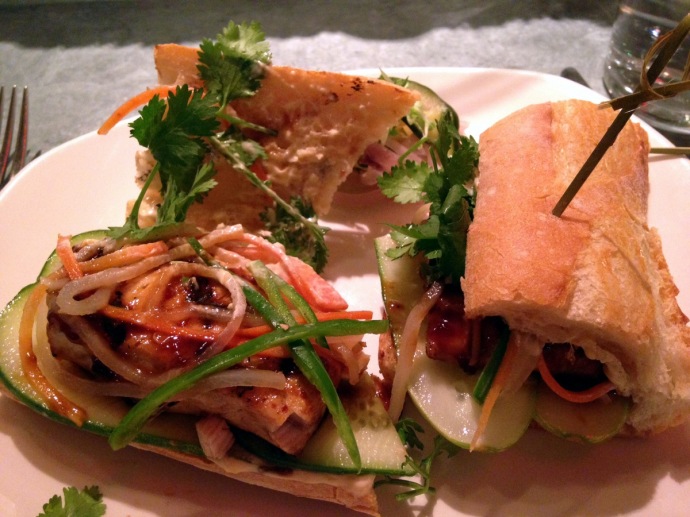 Lobster Pho the next day was even better.  Lobster stock with vermicelli, lobster and hake chunks, mussels, with strong lemongrass action.  It was served with a plate of condiments that included coriander, basil, and mint leaves.  I turned possessed while eating this thing, like eating after a fast.

Cull and Pistol, is quite possibly Chelsea Markets biggest gem, somewhat hidden.  Its owned by the same team that owns Lobster Place next door, and so they share some of the same fresh seafood.  In addition to the fantastic squid ink Taglietelle with Uni you also have a hefty lobster roll with fries, fish and chips, and the scrumptious Long Island Clam Toast with ham from Disckson’s a few doors down.

Check it out.  Just watch your step.  And try not to open the main door unless you dont mind suddenly turning into a door man waiting for an entire polish tour group to walk in.  Just let someone else open the door for you 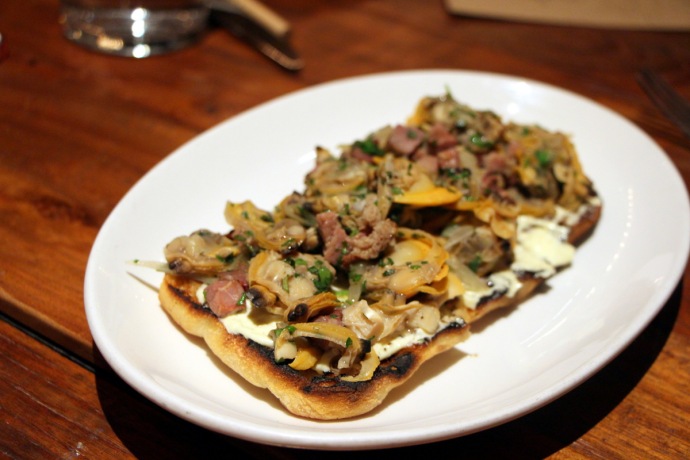 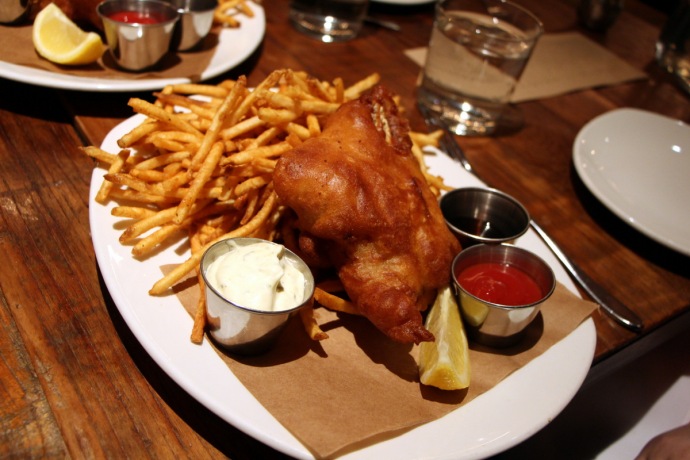