Best Things We Ate in Denver 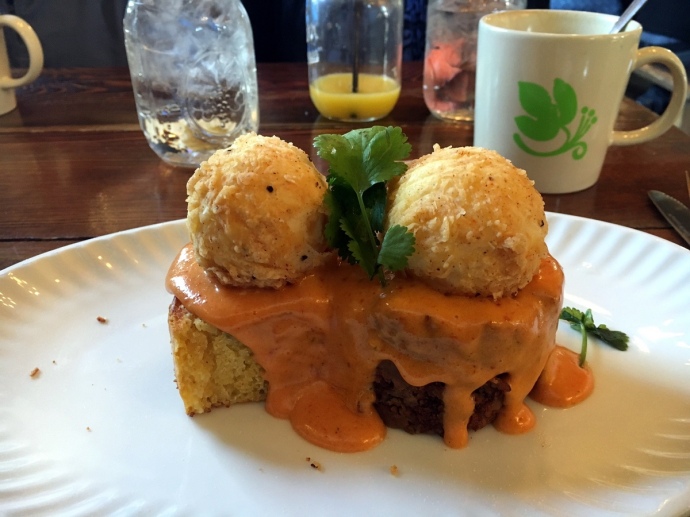 Bagel at the Delta Terminal JFK before departure.  Ok, it wasnt the bagel, nor it was even in Denver.   But while standing in line for the bagels, and then waiting for the bagels to come out, the entire time (around 30-40 minutes or so) I was talking to Jeremy Roenick who stood on line behind me.  Only the very few of you know about my other obsessions, one of which is Hockey (Or Ice Hockey for some of you foreigners).  Turns out he is a big foodie and we actually discussed very little Hockey.  We talked about food tours, his food adventures in NYC, Turks and Caicos, my food tours, and a bunch of other stuff.  I didnt even mind one bit that they forgot about my order the entire time.  Well until he got his at least and left, then I got furious

Tagliatelle with Meat Ragu at Chow Morso (Avanti Food Hall) – They call this Italian Street Food here, but its really not.  Its more along the lines of ragus and fresh pastas you will get in the fine restaurants of Piedmont and Emilia Romagna.  In the case of their “Bolognese”, you get a flavor packed, minimal tomato, proper meat ragu.

Pabellon Arepa at Quiero (Avanti Food Hall).  Denver’s food truck scene I’m told is a little deeper than NYC’s, and one of the better known trucks is the elusive Quiero serving legit Venezuelan Arepas.  While we didnt have them from the truck, we were able to sample some at one of their premier, busiest food halls, Avanti.  The Arepas have just the right amount of outer crisp, filled with succulent combinations.  We were partial to the juicy Pabellon

Creole Shrimp Omelette at Four Friends Kitchen.  There’s all sorts of surprisingly good Southern, NOLA style food in Denver, and we hit on some of them.  This staple in sleepy Stapleton is popular with families partly due to their early brunch hours.  This omelette featuring sautéed Gulf Shrimp, spicy tomato sauce, and filled with creamy pilmeto cheese was spot on.

Kids Meal at Steuben’s – If I only knew.  I dont know if this will read like a compliment or not, but here it goes.  Kids Meal, the burger in this case, comes with Edamame, carrots, cucumbers, an assortment of fresh berries, and french fries.  Adults get a lousy burger.  I would gladly sub mine and the fried chicken for this culinary ecstasy

Agnolotti at Acorn – I’ve had plenty of Agnolotti under my belt, and I got the pounds to prove it.  My doctors say my body mass includes 15% muscle, 10% Halvah, and 7% Agnolotti.  Outside of the occasional Agnolotti del Plin, it very rarely wows, but usually serves as a nice comfort food.  This one with its various textures and flavors from the truffled pecorino, pine nuts, and morels opened my eyes.

Chicken Fried Eggs at Sassafras American Eatery (top picture)- “Accidentally Croele” is a proper tagline for this Denver trip.  We munched on more NOLA stuff here, at least for breakfast, that we ever did in NYC.  Sassafras Bloody Mary lineup alone will send you straight to the nearest fancy hat store to prepare for your French Quarter visits.  But this brilliantly executed egg dish was invented in Denver.  They are lightly coated with flour and bread crumbs, and fried, fried chicken style.  With a little bit of seasoning (minor quibble), its brilliant.  Its worth ordering for the accompanying Buffalo hash alone.

Little Man Ice Cream – Big flavors coming out of this little guy in a giant Milk Jar.  The Banana Pudding was love at first lick.