Hummus and the City 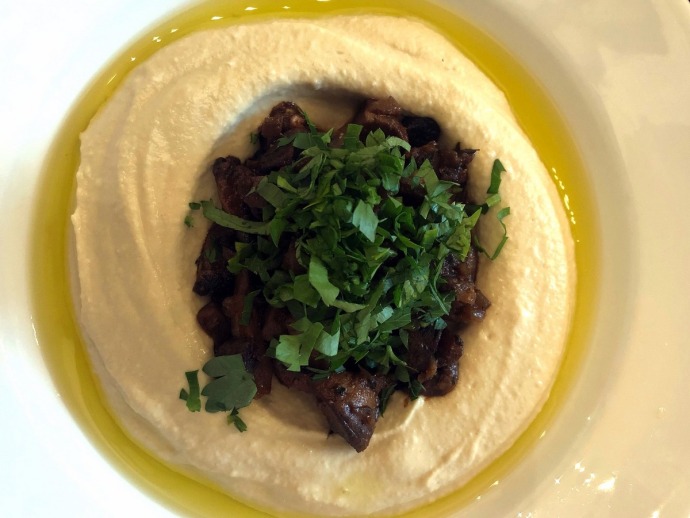 This was supposed to be a big post about Hummus and Hummus withdrawals (RIP Dizengoff) on my first full day off of the month.  A full day dedicated to Hummus.  But alas Mrs Ziggy was home as well, which means…  Home Depot, Mall, something called Chick-fil-A in a mall, and changing 7 light bulbs.  Seven!  I think thats a record in Casa de Ziggy.  Maybe a record in any Casa, who knows.  And no, its not an especially large Casa.  I’m a tour guide.  Ever had a tour guide show you mansions of other tour guides?  And we are talking about 4 different kinds of light bulbs, one of which in the hard to reach hers and hers closet.

So I will make this one short and creamy, not chunky.  If you are in the chunky camp, you might as well , stop reading now.  Now that Dizengoff is gone where is the best hummus in NYC?  Of course its likely that there’s better Hummus out there, but these are some of the best.

Hummus Market (Williamsburg) – When you come from Naharia, Israel, close to the Hummus capital of the world (Akko), you are a Hummus pro by default.  Creamy, smooth, subtle flavored hummus in a comfy 100% vegetarian with a nice back yard.  The pitas come warm and fluffy, and so is the hummus.  Try it with sauteed Mushroom, and slowly add their green S’chug (Peppery Yememi paste) to the mix.

Vish (Greenwich Village) – Dizengoff coined the term Hummuseria.  The new Vish just outside East Village is the closest thing to a Hummuseria today.  An offshoot of the popular Hummus chain in Israel called Eliyahoo.  The hummus is creamy, to the point of almost liquidy.  As if it was whisked by a French chef for hours.  They dont make it just daily, but every few hours.  The only thing missing was a fresh, warm, fluffy pita.  But the Hummus arrives warm and glorious.

Gazala’s Place (Hell’s Kitchen, and UWS) – The only Druze restaurant in the country has been whipping out fresh zesty hummus for many years now.  Now Gazala is back in UWS.  A full blown column on the menu is the dedicated to hummus, which you can taste in all its glory with the paper thin Druze bread.  Pair it with the underrated Falafel.

Holy Land Market (East Village) – The only Israeli market in Manhattan (stop laughing Bridge and Tunnel people) is also making their own Hummus, which is pretty darn good.  Sometimes you just want to pick up some hummus from a store (not called Sabra), along with some Bamba, Halvah, none alcoholic Israeli black beer, and its party time at Casa de Ziggy (Note: the Casa is BYOB)

Hummus Kitchen (Multiple Locations) – Yes, its a mini NYC chain. Yes, the hummus is very good.  I’m partial to the one topped with chicken Shawarma.

Gazala’s Place – Hummus and the City 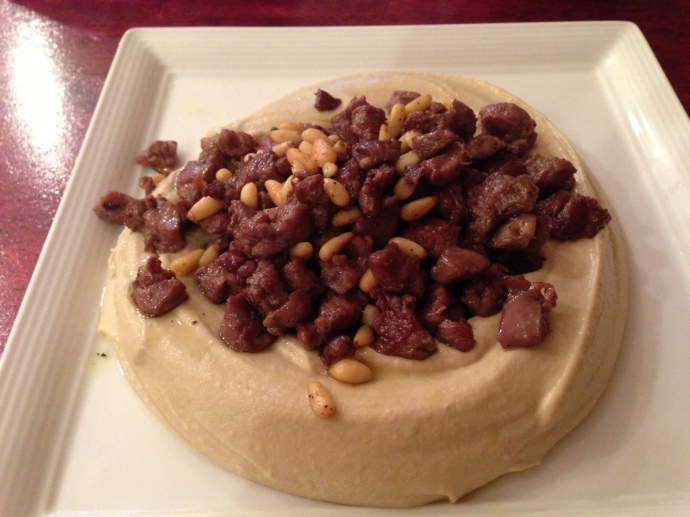 Ever since we came back from our 2 week stint in Israel, I’ve been on the hunt for good hummus like Mike Tyson seeking fine Orecchiette (baby ear shape pasta).  I’ve had good Hummus at Mimi’s and Zion Deli in Brooklyn, Hummus Kitchen in Hells Kitchen, and a fine Hummus with Srug at Ta’im among other spots.   But as soon as I tasted the Hummus with lamb and pine nuts at Gazala’s Place I was transported.  The creamiest, smoothest, nuttiest, freshest I’ve had so far.

Gazala’s Place is the creation of Gazala Halabi who brings her Druze recipes from Daliyat El-Carmel, a Druze village perched on Mt. Carmel.  While in Israel we visited the Druze village next door, Usafia and had a memorable Druze hospitality lunch there while learning about their way of life.