Cappun Magru {Manarola} – What’s in a Name? Everything

To say that Cappun Magru offers the best Cappun Magru in Cinque Terre is a fair assessment.  Its the only one making it.  This old Ligurian specialty is slowly disappearing from Ligurian menus, even in Genoa where its most associated.  Cappun Magru is an elaborate seafood and veggie salad to put in the simplest of forms.  Its most common spelling is Cappon Magro, but here at the headquarters of EWZ, with the tagline “Eating Well, Spelling Pourly” we dont care about spelling all that much.  My guess is that Cappun Magru is the more ancient spelling.  Sort of like Giovanni da Verrazzano ancient spelling had only one Z.  If only NYC would have known about it before spending millions to change the name.

When you talk to Christina, the owner of Cappun Magru, you can easily forget that you are in Cinque Terre.  This is not a place I expected to easily find Slow Food.  Two hours prior I was elbowing my way through a sea of tourists, pizzas, and Limoncelos in a boot in Vernazza.  Since Rick Steves discovered this corner of Italy, restaurants dont need to go through great lengths to please us tourists.  But Christina and husband who moved Cappun Magru from the mountains, closer to the sea, continue to march on, trying to preserve whatever tradition left. 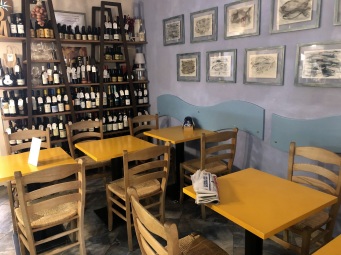 There’s no one universal way to prepare this monster.  But its often involved shrimp, mussels, oysters, fresh fish, and a Parsley led complex green sauce that involves eggs, anchovies and a slew of other ingredients.  Its not a simple dish by any means, but the reward is a feast to all senses.  Even the non photographers on the table will reach for their phones.  It a rich poor people’s food.  It goes back to the days when fishermen would indulge in the leftovers of their bosses rich feasts.  It then became a feast in itself, and a popular lent preparation in Liguria.  There’s no meat involved of course but the name sort of means “light fat chicken” (Capon is a type of fatty chicken).  Like.. “I’m a vegetarian”.  “Oh, in that case here’s a little lamb”.

And did I mention that its delicious?  So are the smartly crafted sandwiches like the shrimp with fish roe, Zucchini, and Egg.  And while Cappun Magru does have a good wine selection (Its more of a wine bar), this is a good place to take a break from wine, and indulge in some beer.  Italy’s craft beer is some of the most underrated in the world.

Cappun Magru is ideal after a long hike.  But dont come too late as they close at around 7:30 (in the summer at least).  A light early dinner at 6 is perfect because you are after all in Monorola, and you dont want to miss sunset.  Thats the reason you are here. 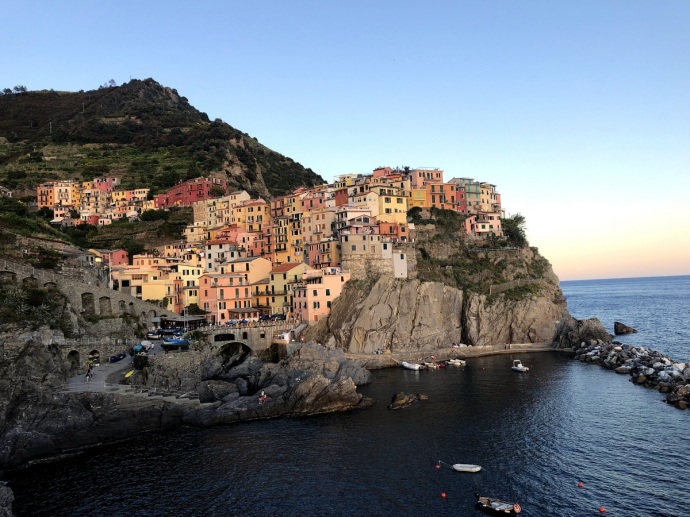 3 thoughts on “Cappun Magru {Manarola} – What’s in a Name? Everything”