Flavor of the Month – Gelato Giusto 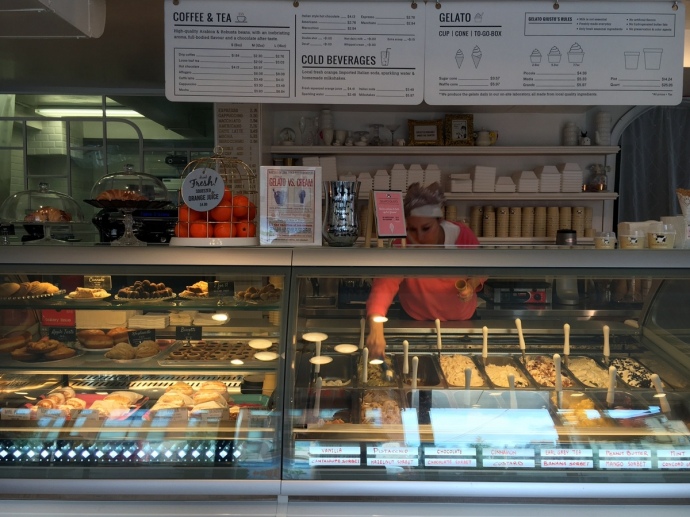 This is a new monthly feature on EWZ that simply features a NYC establishment that I like right now.  Not a full blown post as I will spare you the unnecessary details and jokes and simply say GO, and why.  And yes, I’m changing the meaning of the conventional usage of “Flavor of the Month” and making it my own.

I will pre-phase this one by saying that I dont know any other place like it.  EWZ historians must be scratching their heads wondering if I’ve ever written about an ice cream place before.  But ever since I first set foot here, I’m attracted to this place like Anthony Weiner to selfies.  You wont find Instagrammers lining up around the block.  And you wont find crazy flavors like Bacon infused mocha beet swirl, with vegemite.  But what you will find is simplicity at its absolute finest form, by someone who not only knows the craft well, but matches it perfectly with the neighborhood

I hate sounding overly cliche sometimes but there’s no other way to say this.  Lorenzo Franchetti is a walking and talking example of someone who followed his dream.  An insurance broker in Milan, turned master gelato maker.  Lorenzo inspiration came from a gelato shop in Milan where he learned the craft under the supervision of galato and chocolate wizzard Vittoria Bortolazzo.  And with this relationship with Vittoria, the mild mannered Loreznzo opened a second outpost of Gelato Giusto in January, 2015.  We all can use a Vittoria at one point in our lives

Gelato Giusto is not just about gelato.  Various confectioneries, sandwiches, great coffee, freshly squeezed orange juice are offered as well.  Lorenzo’s goal is to mimic a typical Milanese quick stop but also adjust to the neighborhood.  If this place was in the middle of Times Square it would have been very different most likely, but smack in the middle of Chelsea, an emphasis on the healthier side of things is necessary.  Which is why half of his small offerings are sorbets which are given the same exact attention as the gelato.  In fact when you taste his hazelnut (from Piedmont) sorbet, the first thing that comes to mind is “is this a mistake, this tastes like gelato”.  With the same kind of richness he narrows the gap.  As with the super refreshing concord grape sorbet, and the sick Sicilian pistachio gelato, the ingredients talk loud and clear.

This place is slowly turning me, a glato lover, into a sorbet junky, but the gelato cant be overlooked.  What is also hard to overlook is how inviting the place is.  Is it chic, modern, comfortable, and very appealing to the eye.  A place that makes you feel good as soon as you walk in on a hot day, where everyone knows your name the second time around.  A place that every neighborhood needs, but sadly the vast majority dont have.  In fat I cant think of any other gelato shop like it. 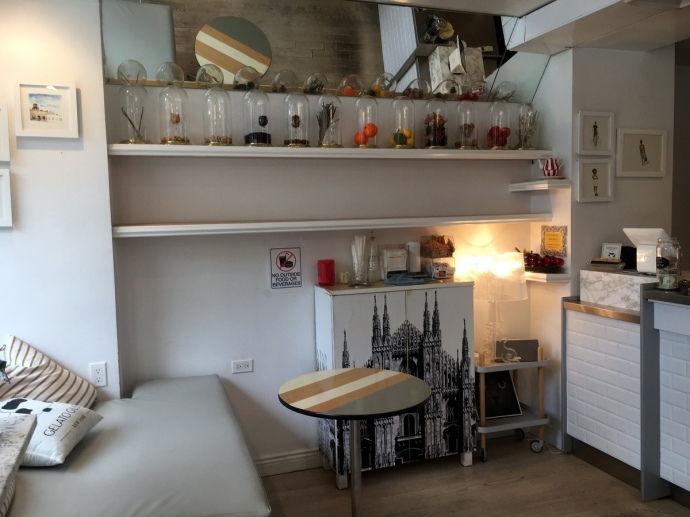 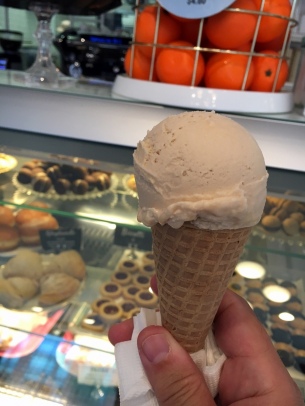 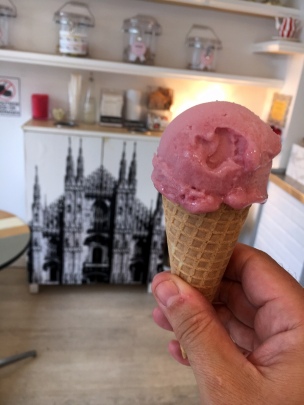