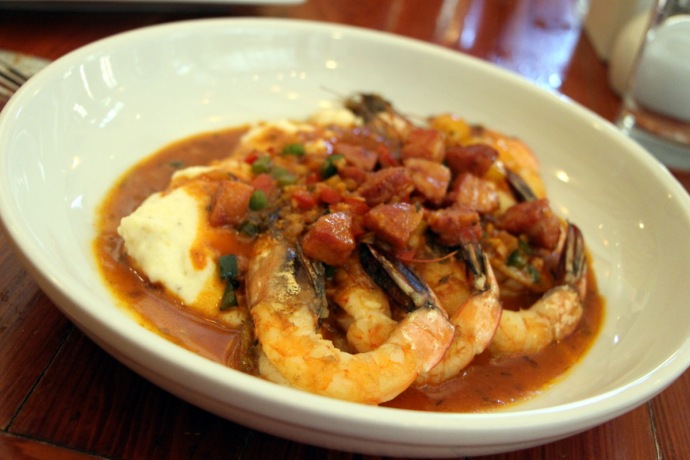 Tucked deep inside the Irish Channel neighborhood is New Orleans’ first and only five “A” dining establishment, Atchafalaya!  An On and Off neighborhood gem that changed hands a few times to become On again, offers one of the most sought after jazz brunches in town.  Its no coincidence that some of the best meals we had in all our travels are off the beaten path, away from the tourists (those damn pesky tourists!) and this one was definitely not an exception.  Reaching Atchafalaya after a long walk in the star studded Garden District/Lafayette cemetery area with 3 women wearing new “but I swear they are so comfortable” shoes, requires a five “A” award in itself.

Due to the blister action, we opted to be served the bloody Marys instead of making our own in their popular Bloody Mary bar.  The BM was on the spicier side, loaded with all the usual veggie suspects including broccoli and okra, along with nuts, bacon, car keys, and god knows what else they put there.  Bread Pudding, Bloody Mary, drinking in public are some of the things New Yorkers need to experience in NOLA.  Every time I try any of these in NYC I’m either disappointed or arrested.

Speaking of Bread Pudding, the savory bread pudding in Atchafalaya is outrageously good.  Filled with Mushroom, Sundried tomatoes and topped with tomato sauce, addictive stuff to say the list.  A solid top 10 dish of the trip contender.  Shrimp and Grits were probably the best shrimp and grits I ever had.  Huge plump gulf shrimp with a tangier darker looking sauce.  Another fantastic dish is the Eggs Atchafalaya, sort of an Egg Benedict but with fried green tomatoes and crab.  Fried green tomatoes is one of the specials here, adding much needed tartness to some dishes.  Crab and poached eggs are featured all over the brunch menu.  Another winner was the Oyster Rockefeller special.  There was beautiful bacon, creamy spinach, more delicious grits, meaty glorious fried oysters, and yet another poached egg tying everything together.

So put your old shoes, some bandages just in case, go for a little stroll to Atchafalaya, and get rewarded.  Highly recommend this one 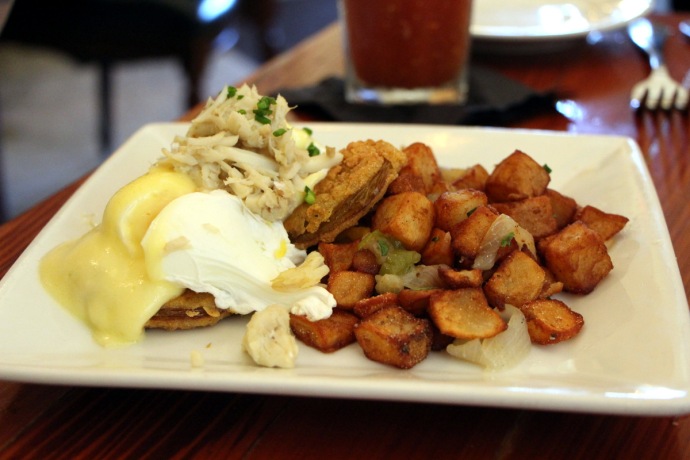 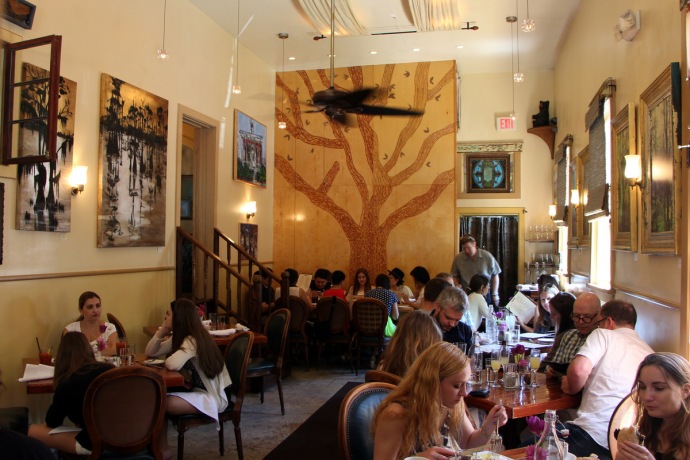 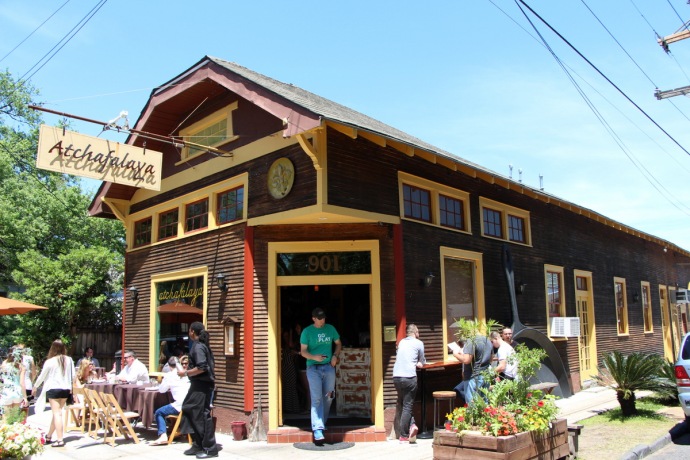 One thought on “Atchafalaya – Gazuntite”