Esszimmer {Salzburg} – The Sound of Silence

Memories…  are as fuzzy as the excluded pictures, hence a short post about our big Austrian splurge last week.  Birthday girl deserves the best and she got the best… the city of Salzburg, Austria has to offer.  A beautiful looking place, with beautiful waitresses, and a beautiful chef comes out to greed us smiling.  The last and only time a chef came out to greet us at a Michelin establishment was many moons ago in south of France.  Though I’m fairly certain he was under some sort of influence.  He gave me a big a hug, kissed me in the lips and said “I know it was you Margaux, I know it was you”.  Thats how I know.  Anyway, we were off to a rocking start at Esszimmer, surprisingly quiet for a Michelin star.  We were almost the last to leave

You always inherit a certain risk when you choose a place as such with no online menu in a foreign country.  I got a few clues here and there but nothing prepared me to this menu.  Nothing like I’ve ever seen really.  Four or Five various fixed mostly 5 course menus including a vegetarian menu, a seafood menu, an “Esszimmer” menu which was essentially a different seafood menu including one meat dish (highlight alert).  And there was another bigger, around 8 courser for 135 Euros (the rest around 85).  The only confusing part was that every single dish in all those menus was priced individually as well, and those prices didnt have any sort of structure.  Something that sounded like apps were priced almost like their main counterparts.  It made almost zero sense to order individual dishes here.

The wine menu was a fun read.  It essentially included all the Piedmont appointments I had to cancel last year due to overeating.  Didnt dot down the name we chose but it was crisp, dry and Rieslingy.

As for the food, nothing was really mind blowing, but for the most part the dishes were playful, creative, and artistic.  Silky raw trout with trout roe and shaved radish swimming in ultra light potato cream.  A delicate sweet Pike Perch seared to perfection with a sourkraft marmoulade.  Crayfish spring rolls with sweetbread was an interesting combination.  My favorite item was a tender, earthy venison that came with a rich supporting cast.  Dessert was forgettable except for the complimentary Sacher tort for the birthday girl.  Nice touch, nice meal! 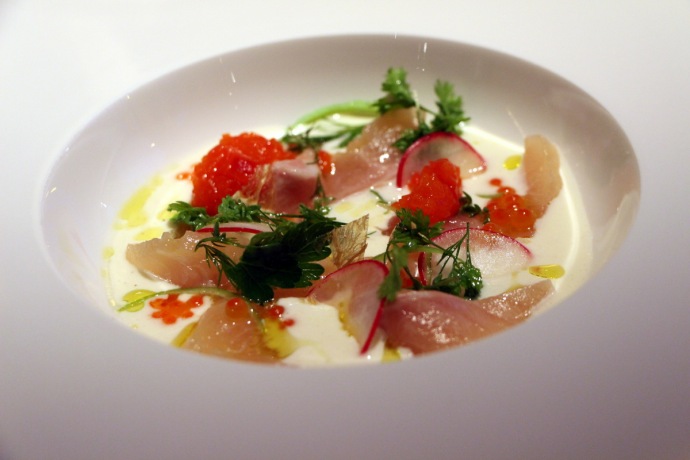 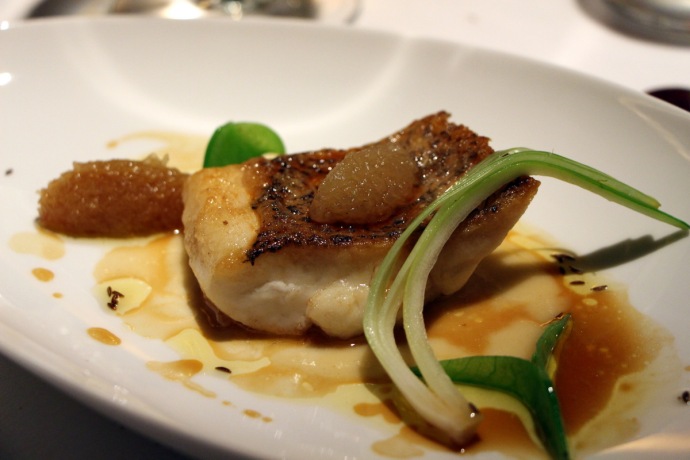 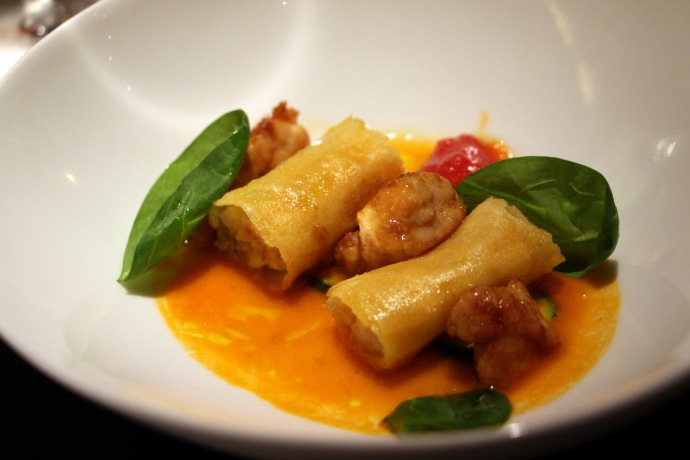 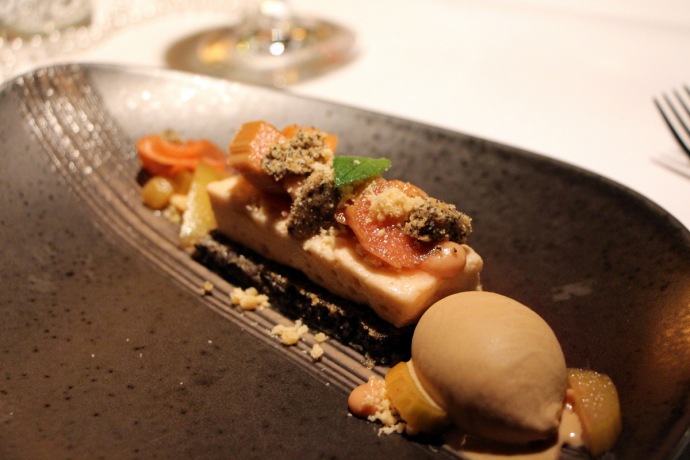 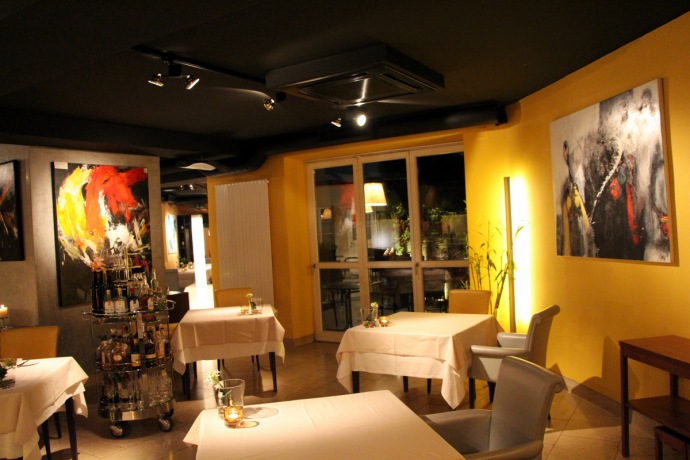