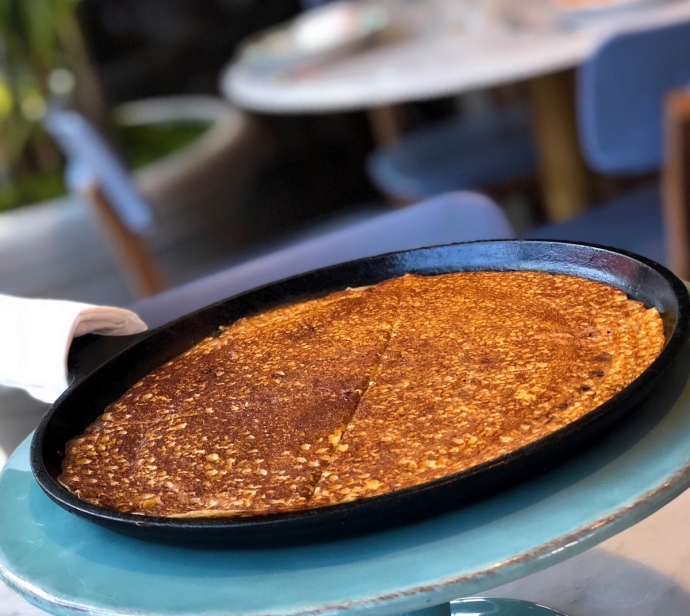 Remember that old commercial.. “Stay Fresh a little longer… say goodbye a little longer..”,  The actual products dont stick, but the songs often do.  If you dont remember this one its probably because, well, it doesnt exist.  Its actually a Wrigley Big Red gum commercial that goes “So kiss a little longer…”, and the fresh part was only in my head.  But the idea of the commercial is that the gum will keep you fresh longer than normal so you could kiss longer, for some reason.  Why would anyone want to do it in public is beyond me.  Kissing in public for more than 3 seconds is rare, awkward and should be banned frankly for the safety of the individuals and motorists.  You practically asking for herpes.  And at home you have Listerine for that.

But last time I checked, this is not Hygiene With Ziggy.  Its a food blog.  Major Food Group’s Santina, five years later, still feels fresh and unique.  With the ever changing regional Italian scene on the island, Santina stays true to its concept – fun, inventive spin on coastal Italian.  Italians, like in many cultures around the world, generally live very close to their land.  On the coast of Sicily for example you may find beautiful sweet Gambero Rosso (red shrimp).  While 10 km inland, you find yourself wrapping Focaccia around sausage and ricotta.  Coincidentally, ever wonder why we have so many lobster/crab shacks, and various seafood joints by the water?  Its not like any of the seafood comes from the Hudson or Buttermilk Channel near Red Hook.

Much of Santina’s originality is attributed to one item, Cecina.  While Santina bills itself as coastal Italian, mainly Liguria and Tuscany, this chickpea pancake is different than anything we had between Genoa and Lucca.  Its softer and spongier, but not in a bad way.  On recent visits I enjoyed it with tuna infused with Calabrian chili, and avocado thats essentially the best Guacamole within a two mile radius.  Once wrapped with the Cecina ‘slice’, you get four tasty snacks.  Add the accompanied red sauce to the second or third Cecina for a change of pace and maximum oomphness.  The Cecina is reason #365 why you should stop reading Infatuation.  Clearly I cant!

The only thing better than a restaurant with a signature dish is one with two.  The Squash Carpaccio is a brilliant combination of thinly sliced squash, pumpkin seeds, brown butter, pink peppercorn, and crème fraiche dropped like Hershey kisses.  Another recent discovery is the Capellini Blue Crab – simple but effective.  Perhaps a spoonful of crab shy from being VERY effective.  Avoid the boring wild rice calamari.  The spicy potatoes side is one of those dishes I’m seeing elsewhere nowadays, but rarely comes close to Santina’s version.  In previous visits we’ve also enjoyed the chicken, Shrimp Zingara, and Santina Fusilli that are menu staples. 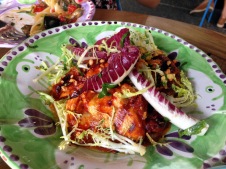