Monumental Cemetery of Staglieno in Genoa

Caterina Campodonico was a peasant that worked hard selling necklaces made of nuts and loafs of breads.  Before she died in 1882, she was determined to show her legacy by hiring the most expensive sculptor around, Lorenzo Orengo, and a poet to build her monument.  In order to do that she had to sell a lot of nut necklaces and save all her profits.  So its easy to see why the “Peanut Seller” in the magnificent Staglieno cemetery in Genoa, became a symbol for the hard working people of Genoa.  In the pictures below you can see her proudly wearing one of her necklaces.

Caterina is one of many stories in this outdoor museum.  I’ve seen plenty of interesting cemeteries, but not with so much expression and emotion.  Its worth checking it out just for a handful of angels, like the one we called the William H Macy angel (below), and possibly the sexiest angel in the world.  Around the same time Caterina Campodonico died in 1882, Giulio Monteverde designed this most sensual angel (top picture and one more below) to guard the tomb of of the Oneto family.  No wonder Macy looks grumpy.  He’s nowhere near her.

There’s also the grave of the Genoa born Giuseppe Mazzini who helped free and unify Italy.  His life and efforts read like a binge worthy Netflix series.  He’s so important to Genoa, that they celebrate him twice, June 22 when he was born, and March 10 when he died.  And then there’s the grave of the estranged wife of Oscar Wilde’s, Constance Lloyd, which I couldnt find.  Not sure how she would feel knowing that her descendants added “Wife of Oscar Wilde” on her stone.  All the info out there suggests she did not want that association.

Genoa gets often shortchanged and overlooked by Italy tourists. The striking Staglieno is perhaps the #1 reason why you should not only visit this city, but stay a while.  And there’s a lot More Than This (the Genoa slogan you see everywhere these days).  I didnt know they were such big fans of Brian Ferry.  Click on the pictures below for a closer look 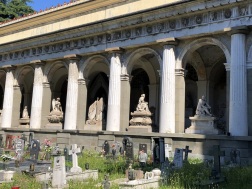 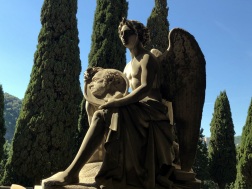 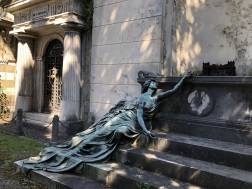 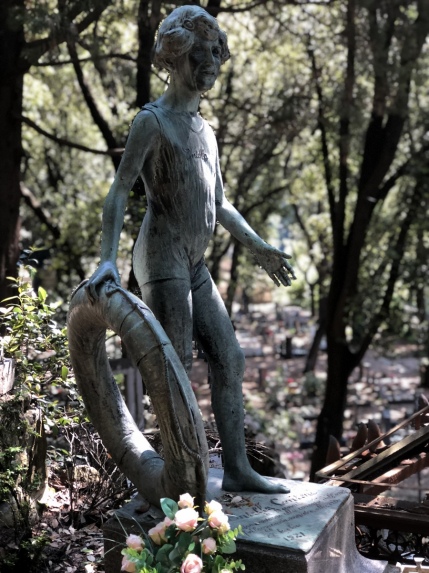 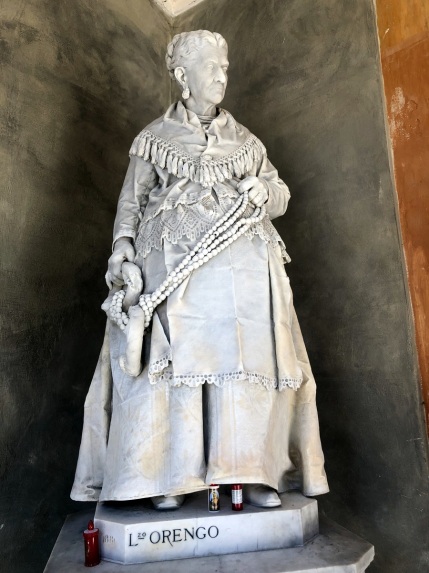 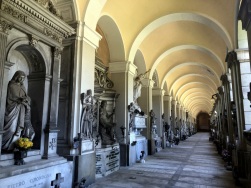