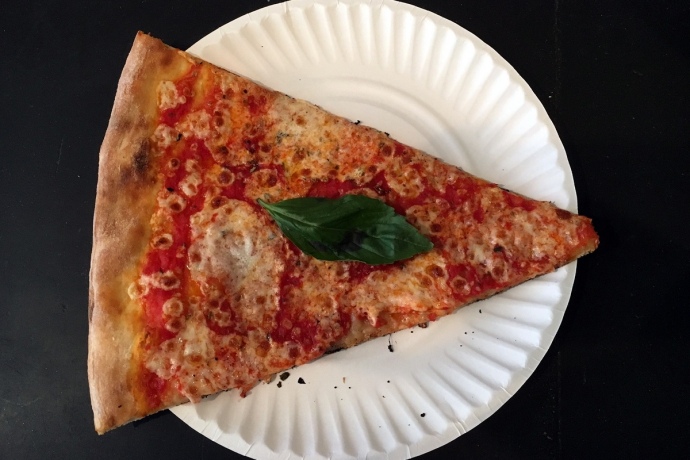 ’twas the day before National Taco Day.  I was craving pizza, and decided to stop by at my trusted friends at Sacco in Hell’s Kitchen for a slice.  And while sitting there all lonesome, various thoughts came to mind.  “This is still a pretty darn good slice”, “What if I would start riding scooters”, “how come no one is here”, “Where would I park my scooter here”.  Only in my head I say things like “pretty darn”.  The slice is a typical NYC slice done right.  Thin, cooked just enough, with the proper cheese/tomato sauce mix and oregano.  And the crust has just the right amount of char and crunch.  I then expressed my feelings to the owner yet again, and we had a nice chat about other notable slices in NYC and what I call the Peter Luger affect. 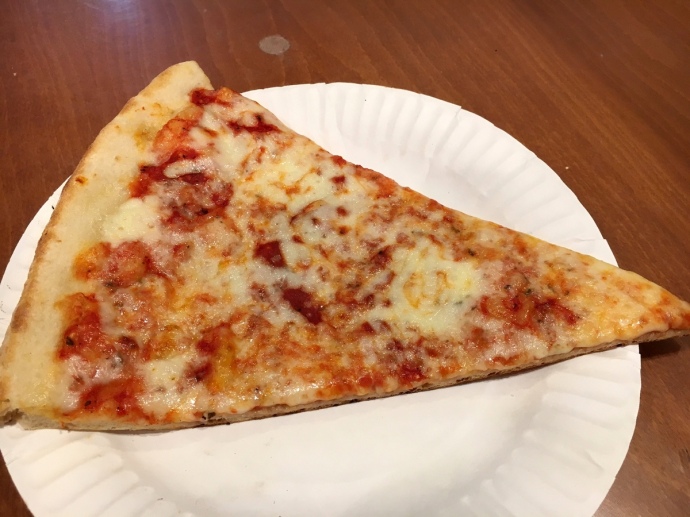 The Peter Luger Affect – The notion that once you make it, you make it forever.  Once you are crowned by all media as “The Best”, no matter how many steakhouses, burgers or pizza joints open since the crowning, you are never to be questioned, challenged, or replaced at the top.  Only if the king dies (closes) and doesnt produce a heir, a potential royal shift might occur.  With pizza, unlike steak, its not exactly clear who wears the crown.  But there are a few celebratory “Bests” that come up in just about every conversation, qualified for Peter Luger like glory.

One such place is Joe’s which has three locations including one on Carmine street where I grab a slice from time to time.  During my little talk with Mr Sacco (I dont know the gentleman’s real name so lets just call him that.  In fact, I’m pretty sure I call him that), I decided to pay a visit to Joe’s for a more proper comparison between the two.  Sacco, busy enough to remain open for a while, just outside of the tourist route, but totally empty at times.  Joe’s, consistently mentioned as the top or one of the top slices in NYC, and always packed with tourists and locals.  While the flavor was still there, the Joe’s slice was smaller and quite droopy this time to fully enjoy.  To be fair, I’ve had better slices at Joe’s, and worst slices at Sacco, but on this day at least, the two made the thesis too easy.  Sacco wins this round. 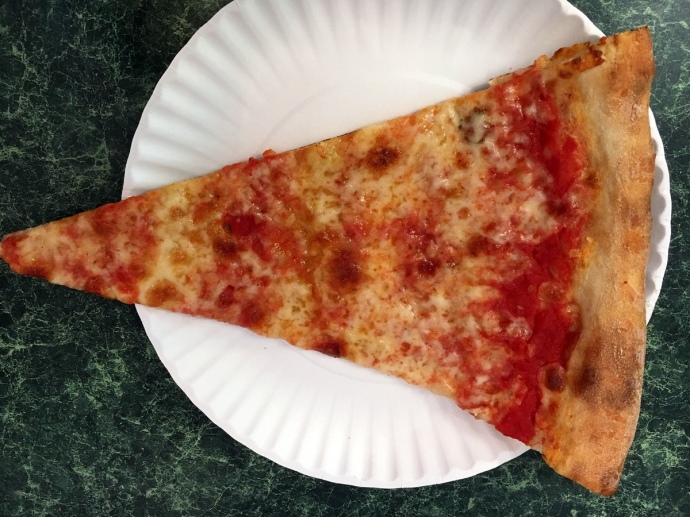 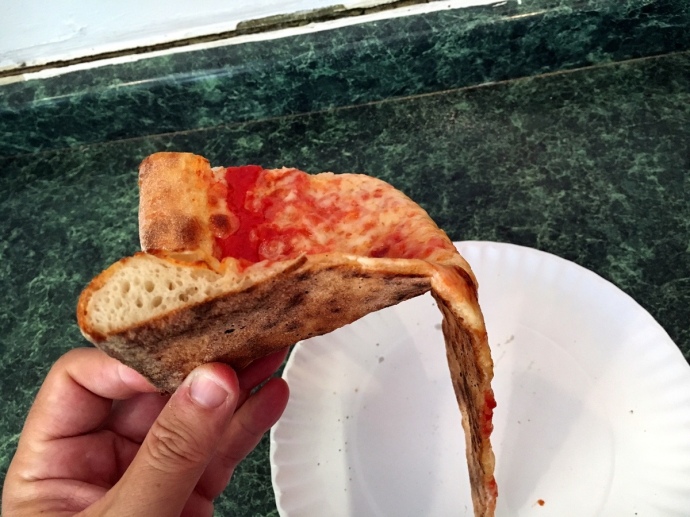 Just like with Peter Luger, people from all over the world flock to Di Fara in Midwood, deep inside Brooklyn.  Once inside, it actually feels more like a pilgrimage than flocking.  You see tourists embracing their guidebook before embracing.  The first sight of 81 year old Dom DeMarco making the pies the same was he’s done for the past 50 years, brings people to tears.  The pizza has won numerous accolades from all over the world, including a”Best of the Best” tag from Anthony Bourdain.  However there’s only one tiny, little issue with this most famous pizza.  Coming from Manhattan for this may take half a day.  You may spend from 30 to 45 minutes waiting for a $5 slice (most expensive in NYC as far as I know), and much longer for a pie.  Dom the legend, doesnt let anyone else make them which is part of the appeal.  But that also means your slice may occasionally be overdone, underdone, or a little misshapen like the one on the right below.  “Sophie’s Choice” in the pizza world is when the food enthusiast husband must choose between the bigger and better slice, or smaller misshapen 30% bread slice, while there with his wife.  Obviously I chose the slice on the right, and still get to sleep in my bed. 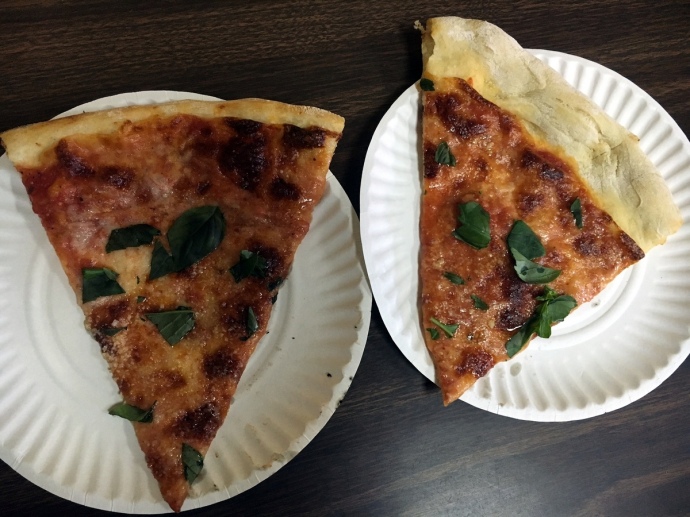 A few days after the latest Di Fara episode, I paid a visit to another favorite, Best Pizza in Williamsburg, by Roberta veteran Frank Pinello.  Like Sacco, BP is not particularly well known, and is just a solid neighborhood pizza joint.  I would replace most of mine for this one.  Baked in a wood fired oven, the pies are the perfect marriage of Napoli and NY styles.  The fresh basil on each slice is like their zoro mark-like trademark.  I bike here from time to time, where the reward to pain ratio is much higher than Di Fara.  A few years ago, it beat both Di Fara and another legend, L&B Spumoni Gardens, on one of those Girls gone shopping so I’m free to roam around Brooklyn taste test

New York is a pizza town.  Its in our blood, and everyone has their favorites.  In the outer boroughs you will find a bagel shop, pizzeria, Chinese takeout, and therefore a pharmacy on every block.  And many of the 100’s of pizza out there do it well.  So while by no means, visit our “Bests” if you are in the area, you dont need to venture out too far for a proper slice.