Annisa – Eating Without Borders (and Dictionary) 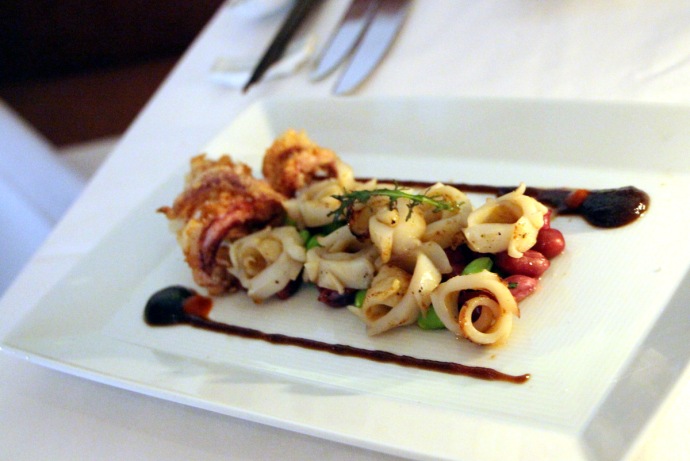 So I finally shaved and went to Annisa.  Anita Lo’s “Baby” has been on my list for a long time now, but not until the New York Times awarded it its third star, I figured its time.  Besides, I couldnt think of too many places that can match the elegance of birthday girl Mrs Ziggy on this rainy night (Awwweee! Ok enough).  Lo’s career reads like a movie script.  Highly acclaimed internships, Iron Chef win over Batali, a cookbook named Cooking Without Borders is just a small sample of Lo’s accomplishments.  But what separates this NYC food celebrity from the rest for me is instead of trying to build an empire, she’s staying put and concentrating on one place, her 14 year old “Baby”, Annisa.

Cooking without Borders means you cant quite categorize Anita Lo’s cuisine.  Hence, the default  American (New) title is applied for Annisa.  The menu includes influences from her French training, Middle East, plenty of Asian, and yes there’s even some American (New).  It also made me feel culinary dumb, (what the heck is a Satsumaimo).  Not as dumb however as I felt after I got a little tipsy and forgot where I parked the car after dinner.  Mrs Z thought it was Jones St, I said Waverly, while a homeless gentleman who overheard us talking kept yelling “WAVERLY” and pointed to it in case we didnt notice that Waverly was right in front us.  At some point we gathered for a brainstorm session with me, wife and the homeless guy who just kept saying “Waverly”, trying to figure out where we came from.  We finally found the car on Waverly as I and homeless guy predicted

I love coming to a place with a sound ordering plan.  Sometimes it doesn’t work too well, but this was not one of those times. 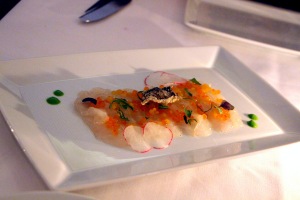 Black Sea Bass Sashimi with trout roe, Yuzu Pearls and Shiso – Delicate, expertly cut Sashimi with the mild caviar that’s not overpowering.  We shared this one as our first course before the next two apps.  While I thought I ordered just enough or a little too much food, the couple near us who apparently was there a few times in the last few weeks ordered 4 apps, and 4 mains.  The waiter tried to convey that its too much food but quickly lost the argument.  These were some true Anita fans!

BBQ Squid, Thai Basil, Fresh Peanuts and Edamame (top) -Perhaps the dish of the night.  You just cant get more tender, better tasting squid than this.  With the peanuts probably getting boiled the heck out of them until their texture pretty much matches the Edameme, the sweetness from the Howisin sauce and minty hints, you got yourself a great dish

Seared Foie Gras with soup dumplings and Jicama – Very good as expected from one of Lo’s signature items that’s been on the menu form day one.  Since you get three dumplings we added one more which amounted to $28.  Sitting on top of vinegar reduction, you pick up the dumplings with your spoon, bite one end of it and suck out some of the soup much to chagrin of your 4 apps, 4 mains neighbors.  Then you eat the rest of the dumpling that includes plenty of crunch from the Jicama.  An enjoyable dish but despite the Foie presence, the few bites dont live up to the price tag in my opinion

Pan Roasted Chicken – There are those places where you simply must order the chicken (the NoMad, KFC) and this is one of them.  Something Lo picked up from her work in Chanterelle.  Tender, juicy, perfectly crisped skin, stuffed with pigs’ feet and chanterelles and sitting on a bed of creamy puree of White Truffle, Sherry and roasted onions.  This dish was sensational!

And what a fitting finish for us to end this one with what I call “The NOLA duo” (which confused the Maitre d a little).  From the Beignets of the previous post to the great little Pecan and Salted Butternut Beignets with Bourbon Milk Ice.  Although I was full I could have had another dozen of these.  The airy and scrumptious Bread and Butter pudding with lemon curd would fit nicely with the bread pudding behemoths in New Orleans.  There’s all sorts of mediocre bread puddings all over town, but this is certainly not one of them 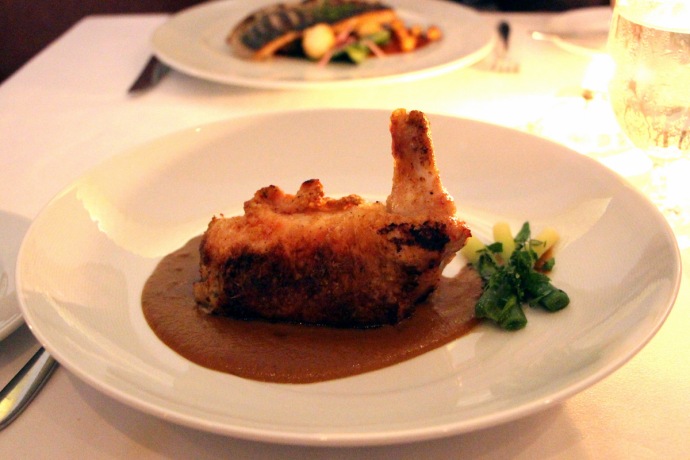 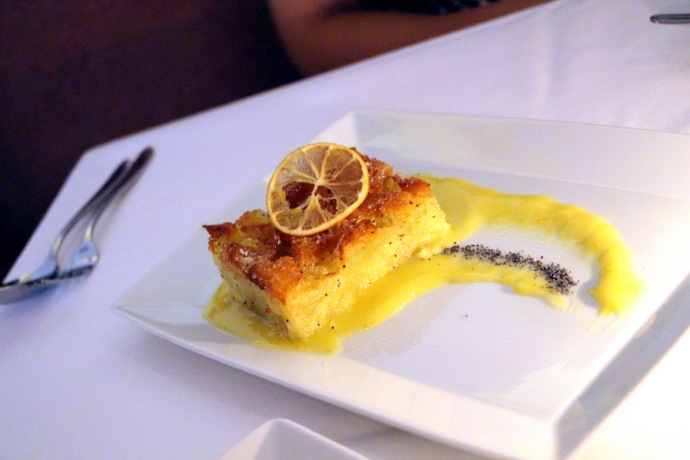 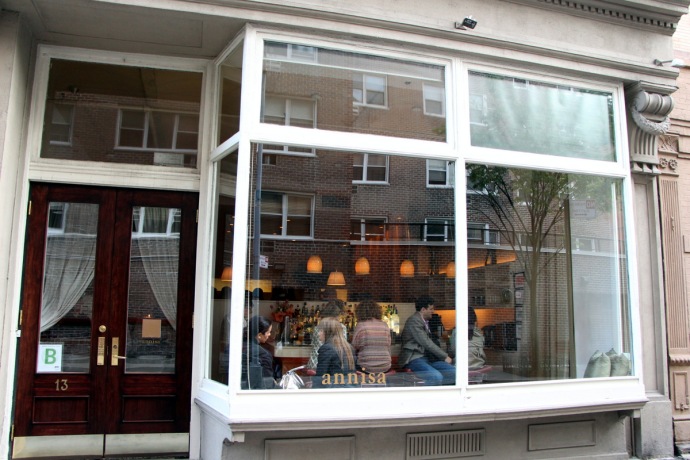 One thought on “Annisa – Eating Without Borders (and Dictionary)”