Sakagura – Tale From a Crypt 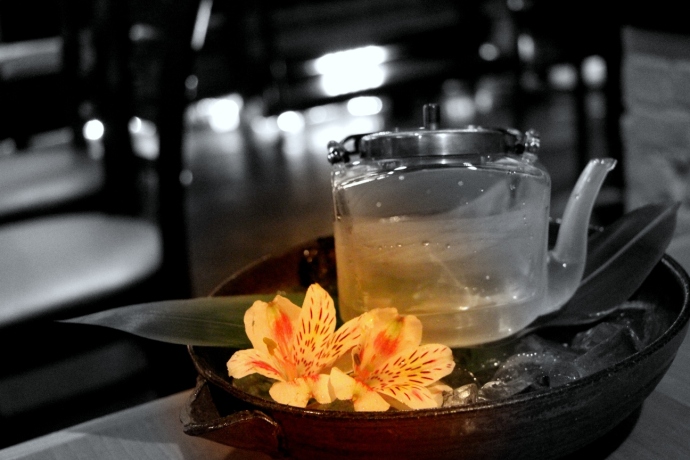 You think you know someone.  I’ve known my friends Igor and Natasha since the high school days.  At least I thought I did.  Staring somewhat confused at an office building looking for an entrance to Sakagura, Igor turns to an Asian couple standing near us and asks them where is the entrance.. in Japanese.  “They said its 2 blocks down” “how can it be 2 blocks away if Google Maps tells me we are standing right in front of the building.” I answer.  “And is it my imagination or did you just ask for directions in Japanese in New York City.” 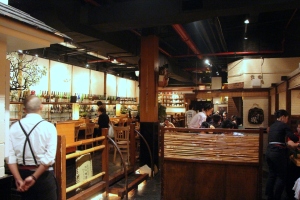 Turns out I needed this to be spelled out to me.  Go inside the unassuming office building, go down to the basement and Voila!.. Sakagura, one of the cities most popular Izakayas, aka Sake bar, aka Japanese tapas bar, aka an oasis for Russian middle aged men who somehow picked up some Japanese from coworkers and waited many years to showcase their new found skills to their friends.  A quick sprint to the desk by Igor to inform the confused girl that we are here and we get comfortably settled in a nice booth.  Décor takes me back to the Tokyo underground dining days.  Meaning, the images Ive seen on the Internet

We agreed that I’ll take care of the food ordering while Igor handles the Sake menu.  Both quite challenging but I came prepared. But when Igor started talking Japanese to the Sake Sommelier, the shocked fellow had the kind of expression as if he was just asked if his daughter is 18, twice.  But we somehow managed and before you knew it the food started flowing.  More on Igor later but lets do a quick run down on dishes I (we) liked and disliked.  Other than a few clunkers this was a great meal 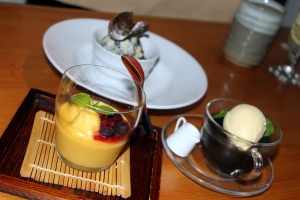 Gomaae – Spinach with sesame sauce.  Nice and pleasant to start things off.  Aromatic and heavy seasame presence in a good way

Onsen Tamago:  Fantastic soup with soft boiled egg, uni and salmon roe.  I’m not a huge fan of uni but this was quite good, along with the rest of the soup.

Maguro Tartar – Tuna tartar with all sorts of fish roe and caviar.  Best and most expensive ($16) dish of the night 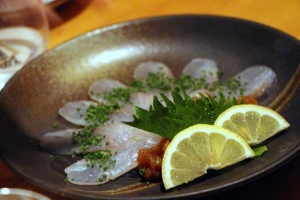 Tori Tsukune – fairly nice but basic Chicken meatballs with terriyaki sauce.  Not all of us enjoyed this one 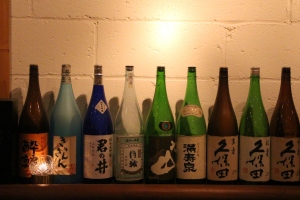 Gindara Yuan Yaki – Not Yaki at all.  very nice and sweet black cod

Sremeika Yaki – Grilled Japanese squid with garlic sauce.  Was growing on me more and more as I was eating it

Saikoro Steak – diced steak with great sauce.  One of the best dishes of the night

Desserts – we sampled 3.  Very nice coffee jelly, a savory seasonal Mango pudding, but the big winner was the crème Brule with black sesame.  holy smokes that was good 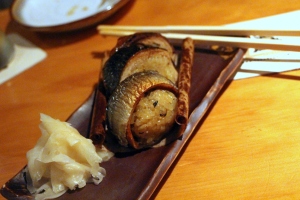 Sanma Onigiri – rice balls with shiitake, radished and veggies wrapped in whole baked Mackarel.  This had a strong fishy odor and taste.  I’ve had mackerel many times but not quite like this

Snow Crab with steamed rice.  Quite dry and surprisingly fishy as well.  Kept trying it to no avail

Overall a fantastic but pricey meal.  Sakagura (“Saki Storage”) is far from your typical Japanese sushi joint.  Fine service, cool décor, and “cool” clientele that will satisfy the Anthony Weiners and Carlos Dangers of the world.  And as we were leaving…

Mrs Z:  I should probably go to the bathroom before the long drive

Igor:  Its right there on your right.  If you cant find it just ask someone “Toire wa dokoda”.  With a slight and sudden head nod after the last word like in those samurai movies

Me:  But Igor, we are in NYC and they all speak English here.  Why would a white girl… ok never mind.  “Tolet wa dokota” got it. 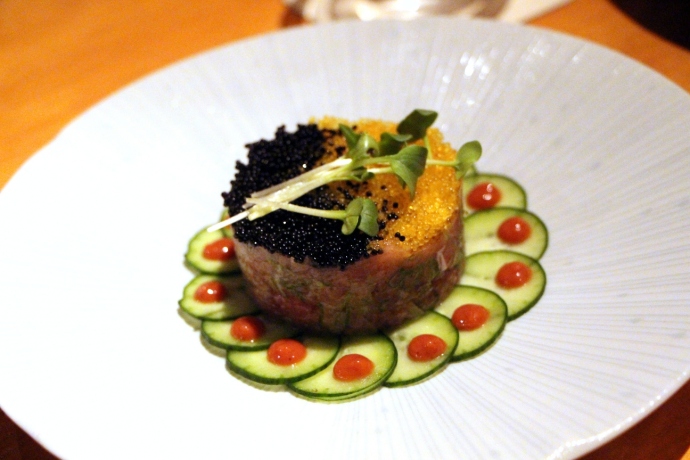 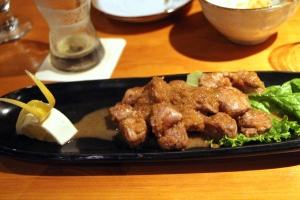 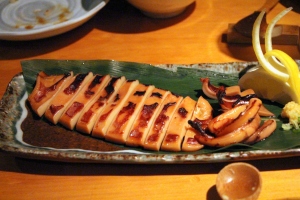 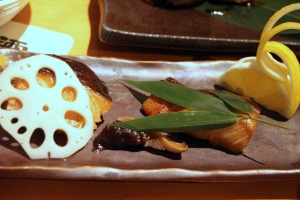 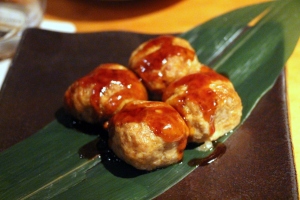 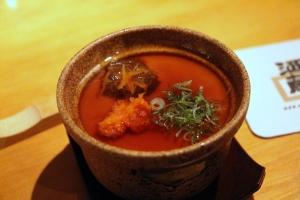 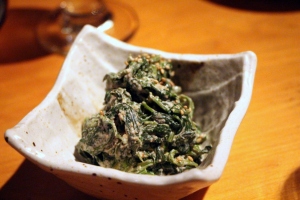 2 thoughts on “Sakagura – Tale From a Crypt”