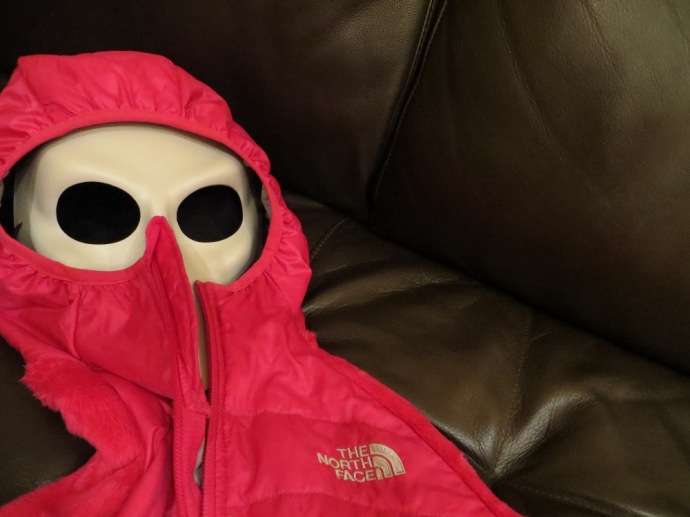 Sleep No More is a unique NYC theatre experience set in a so-called “abandoned” hotel called the McKittrick Hotel.  Instead of watching a play unfold you run around up and down stairs wearing a mask following characters from room to room and watch various dream-like sequences of Shakespeare’s Macbeth.  I will not bore you with any specific details but instead I WILL bore you with various Random Thoughts I had from scene to scene…

Scene 1 – Well, this is interesting

Scene 2 – I wonder who wore the mask before me

Scene 4 – I can’t breath through the mask and I’m starting to sweat. almost profusely

Scene 6 – I swear to god if this woman steps on my toes one more time I’m tackling her.

Scene 7 – getting hungry. should have made resvs at Mineta Tavern instead of rubirosa.

Scene 8 – Wow, this scene is intense. Wonder how far we can go if we try to recreate it at home.

Scene 9 – what if we can get bar seats at Mineta. We need to start eating at the bar like the cool folks

Scene 12 – I tell the wife that it’s important for us to follow lady Macbeth after this scene. I did not tell her that I got that info from a blog post about how to get the most nudity from the show. Hey don’t judge. That’s the first thing that google brought up when I typed sleep no more.. and nudity.

Scene 12 – I should have paid more attention when we learned about this in school.

Scene 13- trouble breathing again. What if I get a heart attack right here during this scene. Will they take off my mask? If they do would everybody just converge near me to see what I’ll do next? Perhaps it’s best if they leave the mask. Will the paramedics need to wear masks too? Not a good place to have a heart attack